Fall is my favorite 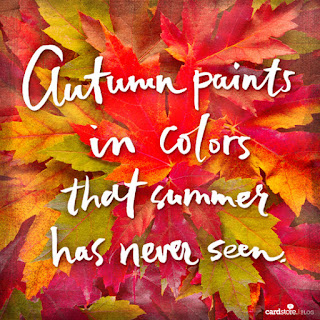 I'm really happy Summer is over.  Even though it is the first day of Fall, the temps are still going to be close to 90°F today.  It will be cooling down soon, hopefully.


I haven't been on here in a while.  There has been a lot going on.  I really can't use that excuse though.  I have had more than enough time to get on here and post a few pictures and what not.  I don't really have an excuse except for maybe I haven't been the happiest with life.  This year has just been shit.  This blog is my happy place.  Haz is my happy word and it's not even used anymore, which kills my heart.  I just need a little more patience and maybe everything will turn out okay. Let's just cross our fingers and hope.


September hasn't been bad for me.  In fact, it's been quite nice.


On September 13th, I found out that I made the travel team for Nationals with my roller derby league.  I am super excited about this and I'm ready for all the past derby disappointments to be washed away with this.  This will make all the years of struggle and work worth it.


September 15th was Alli's birthday.  I'll get a few pictures up.  We went shopping and went to have pizza with my mom and Peyton.  Can't forget the little brother.  Big brother was off doing teenager things like getting his license.  :)  My mom got her a ton of clothes and I got her tickets to the K-State/Texas Tech game coming up in October.


September 19th, I was officially promoted.  I was offered the job two weeks prior, but working for the government, it had to go through many steps of approval.  I am super excited about this and have been patiently waiting for this.  I did interview for this job about a year and a half ago and totally bombed the interview.  This time, I went in and completely rocked it.   I didn't have the confidence in myself the first time, this time I did.  I knew I was going to get it.


Alli and I have an awesome present that we are working on for Mike's birthday present.  His was the 20th.  We need to step it up and actually finish this thing.   It's going to be amazeballs.


Peyton's birthday is coming up next week.  Unsure what we are going to do yet.


So September has been okay, I wouldn't substitute it for any of other month this year.

Posted by Morgan Cartwright at 9:37 AM