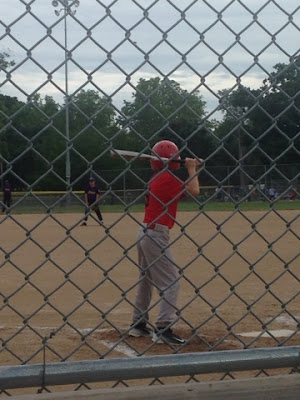 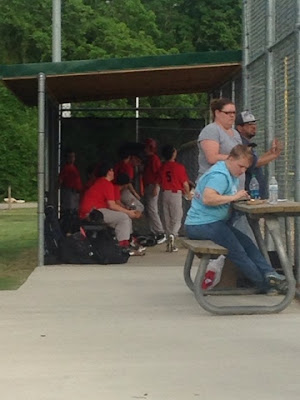 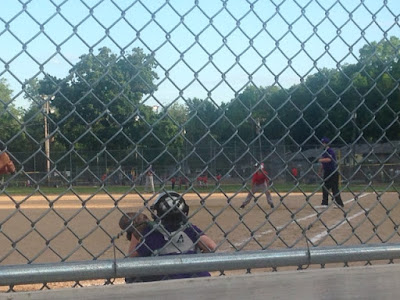 Peyton on 1st.  He got one base with an awesome hit after he fouled straight back twice.
He batted two runners in.
The next hit, he made it to second and they over threw the ball and he ended up scoring.
He knows the game.
I'm super proud of him at his first game, ever. 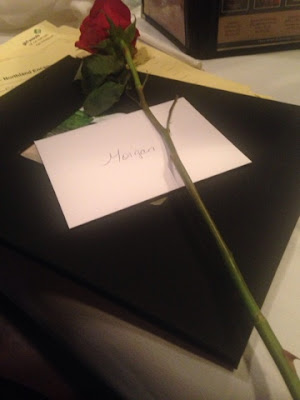 I ended my evening at the Northland Encampment Dinner at Smokehouse BBQ.  Ally saved me some food since I would be later due to baseball.  She gave nice speeches for everyone. 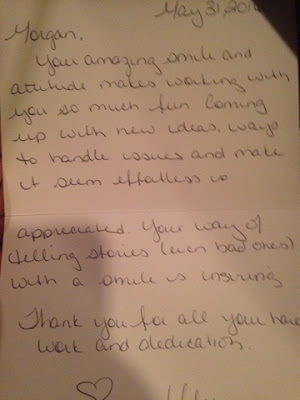 Guys!  I'm a good story teller!  I actually have a lot of fun telling them.  Some of them have to be told in person though.  Maybe that's why the blog is so hard sometimes, I don't feel like I get my emotion behind the post.
Posted by Morgan Cartwright at 8:30 PM No comments:

Blog Every Day in June

Every June, there is a challenge put out there, to blog every day.

I mostly fail at this.

Actually, this blog was started due to that challenge.

So, maybe, just maybe, this year, I will succeed.

If you want to follow along and blog with me, here's a list of thirty topics to choose from.  I'm not sure if I will follow this exactly, I mean, who knows what will happen day to day or maybe, gasp, there will be more than one post per day.


18.   Do you ever secretly take pictures of people without them knowing?


26.   You’ve been kidnapped…what television characters are going to rescue you? 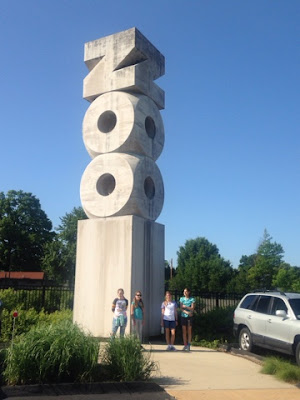 Posted by Morgan Cartwright at 4:08 PM No comments:

Ghosts are scary, you all!  Super scary.  Who knows if they are real or not?  Is it our minds trying to make images out of the background?  Are we wanting to see those things?
I have a few stories that might be ghost related….
Back in late 2003 and early 2004, when I had a landline, I would receive phone calls.  The caller id showed up 000-000-0000 each and every time.  Sure, this had happened before, but mostly it just said Anonymous and didn’t show a number before.  It started after my grandmother had died.  That was August 16, 2003.  I started receiving the phone calls soon after that.  It started with just static.  Annoying static.  I didn’t stay on the line for long with those because I was just annoyed.  The static then turned to whispers that you couldn’t make out.  It was just the noise of talking in a soft voice.  I’m thinking “Who the heck is doing this to me?”   These calls came at all times during the day and night.  They didn’t have any rhyme or reason to them.  The night before Alli was born (September 15, 2003 is her birthday), I received yet another call.  This time I actually made out what was said.  I was so stunned; I dropped the phone and hung it up.  That’s when I made my guess on who was calling me.  The phone calls continued for around six months.  And they just stopped.
The second story relates to my grandmother too.  Fast forward to August of 2009…..we had Tanner’s birthday party that day!  His 10th.  He had a skating party.  Friends and family came.  We had cake and pizza and all those things.  My mom had brought my niece, Scarlett and my sister, Lauren with her.  By brought, I mean rode in the same car together.  I sent Scarlett home with a balloon.  My mom stopped by the cemetery on the way home.  They got out, checked on my grandma’s headstone.  Made sure the flowers were okay.  When they got back in the car, Scarlett’s balloon was missing.  They figured it had just flown out of the car when they opened the doors and hadn’t noticed. 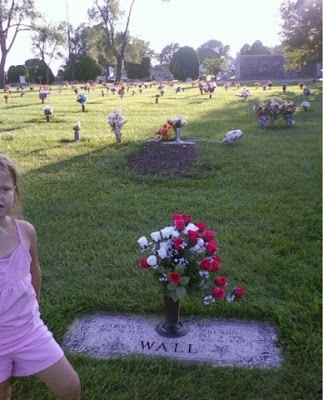 I stopped by the cemetery the next day.  I found the balloon.  It was tied to the vase of a new grave behind my grandma’s.  Weird.  How did that even happen?  There is no logic to it.  The balloon would have went up and away.  Not down and across numerous headstones, then get tied to the one behind my grandmothers. 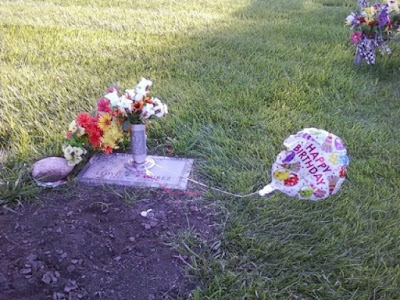 I do have one more story.  This happened when I first moved in somewhere.  Biggest mistake ever, but that’s not the point of this story.  I was sleeping one night.  I slept with the door open to the bedroom.  It was a small bedroom and I didn’t feel the need to feel like I was trapped.  I woke up.  Still groggy, I looked up and I thought I saw an elderly lady staring at me.   She turned around and walked away from the door.  Honestly, I thought I was still dreaming.  Maybe, I was.
The next morning, Peyton asked me who the lady in the hallway last night was.

Posted by Morgan Cartwright at 9:53 AM 7 comments: 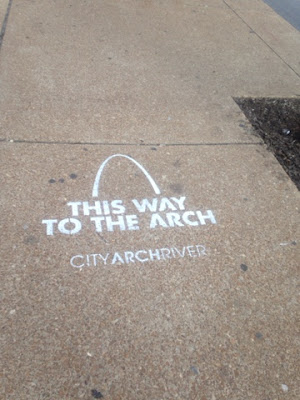 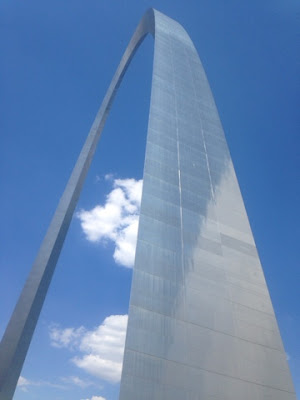 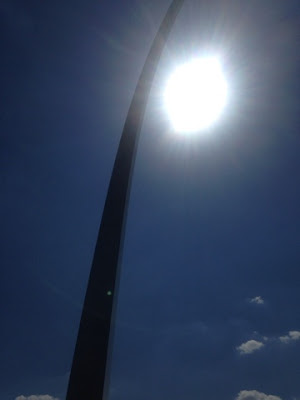 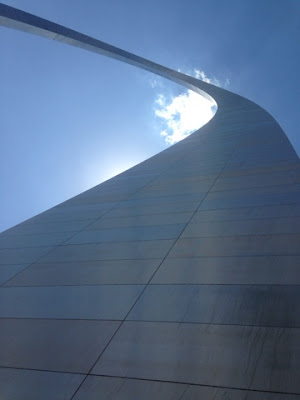 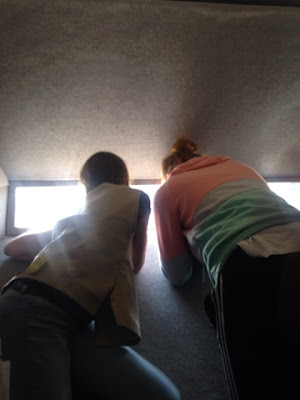 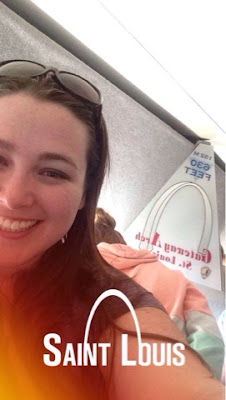 Posted by Morgan Cartwright at 4:22 PM No comments: