Ready to leap into March?!?

March has to be an improvement on January and February.  February did not need this extra day.  I'm so done with it.  Like.  So.  Seriously.  Done.

Do you ever feel trapped in the bathroom stall at work because someone walks in and you really don't want to deal with them or chat with them?  But they stand in the bathroom and chat for what seems like an hour?  No, me either.
Posted by Morgan Cartwright at 12:03 PM No comments: 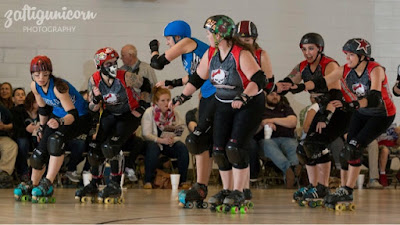 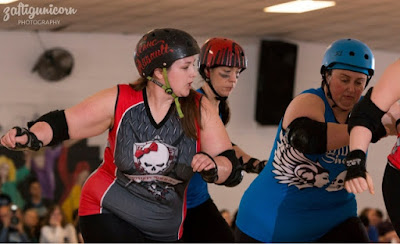 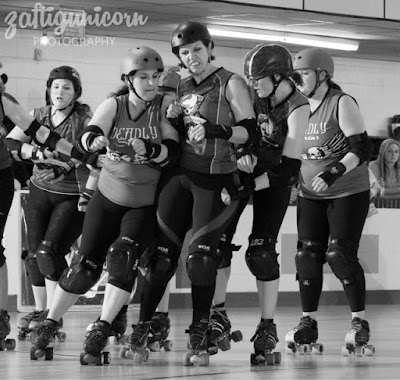 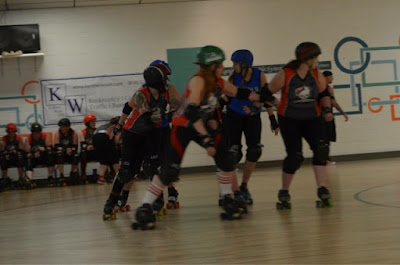 Posted by Morgan Cartwright at 11:13 AM No comments:

Alli, Peyton, Tanner and I traveled to Topeka for Scarlett's Birthday party.  I'm not much impressed by Topeka.  Sometimes I'm even scared of it.  I mean, if you have a zip code that starts with 666, wouldn't you be scared too?
Scarlett's party was at the Kansas Discovery Center.  Traveling through the streets was mandatory to get there.
The place was cute.
Alli and I found some entertainment.
Peyton found some entertainment.
Tanner was entertaining my mom.
Scarlett got a volcano from us.  You're welcome.
We touched dinosaur poop. 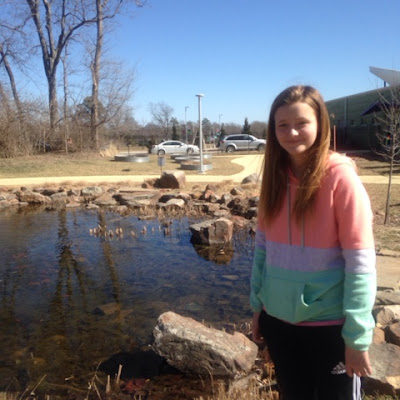 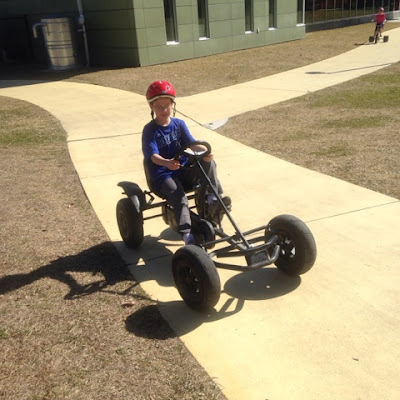 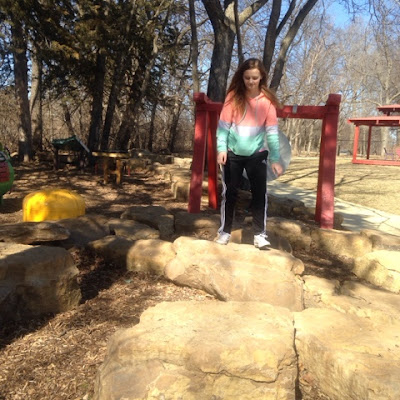 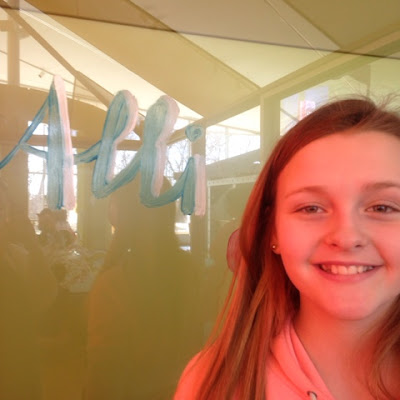 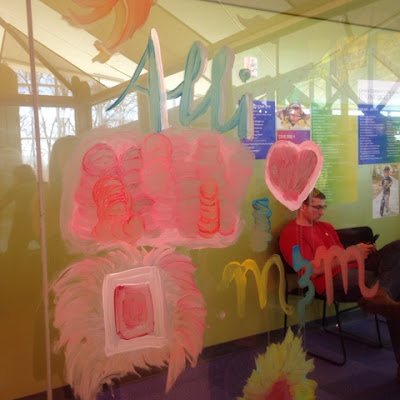 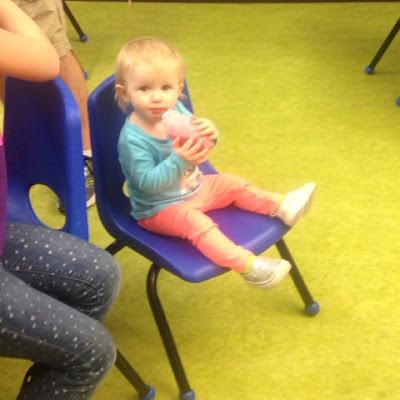 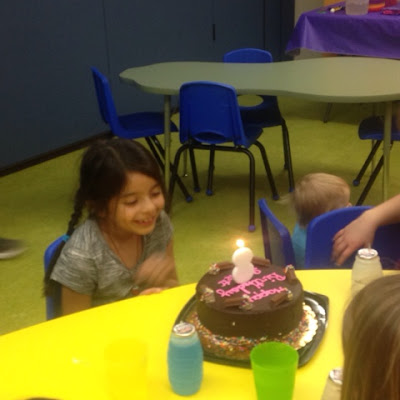 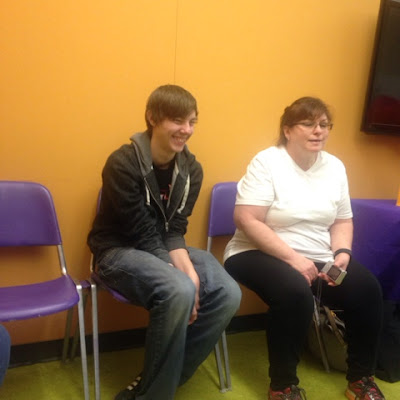 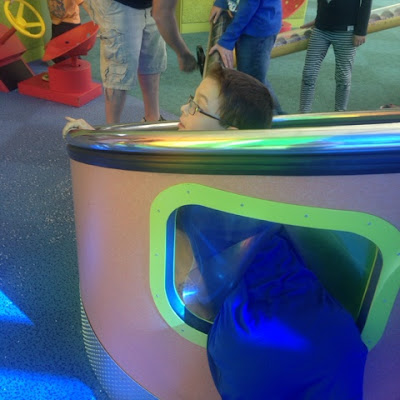 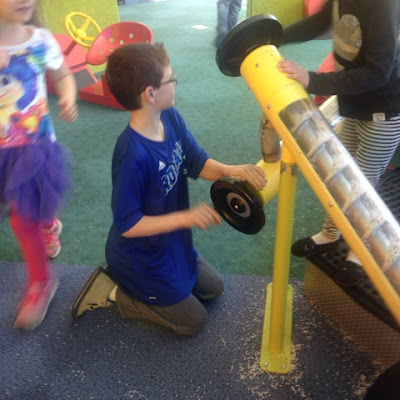 Posted by Morgan Cartwright at 11:21 AM No comments:

It's National Chili Day!  So, you know, I had to share!

Throw it all in the crockpot.
Cook on low for 8-10 hours. 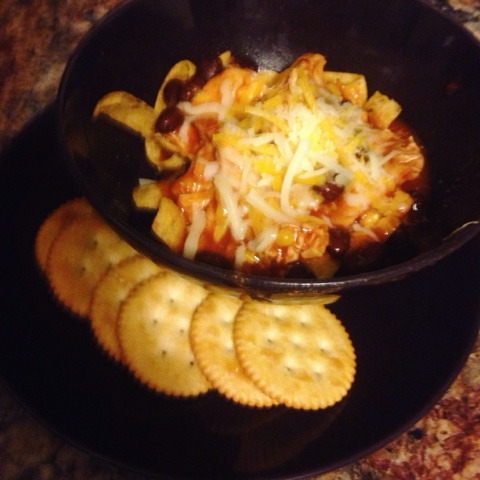 This!  This chili is amazing!
Posted by Morgan Cartwright at 7:00 AM 2 comments: 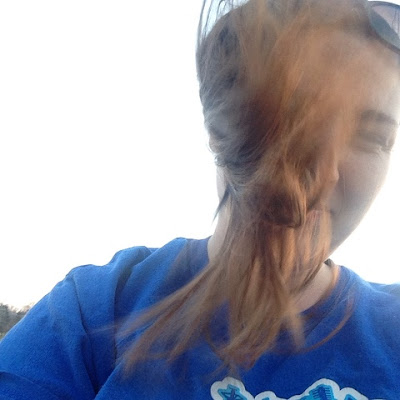 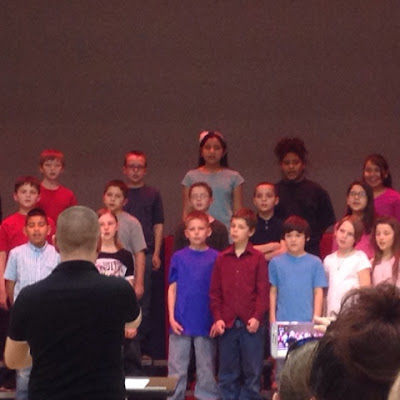 Peyton and like half of his classmates from 4th and 5th grade sang songs about togetherness.
How did half of the fourth and fifth graders not show up?  For reals. 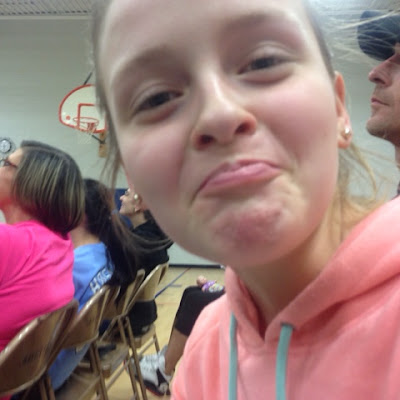 Alli.  She liked the people in front of us too. 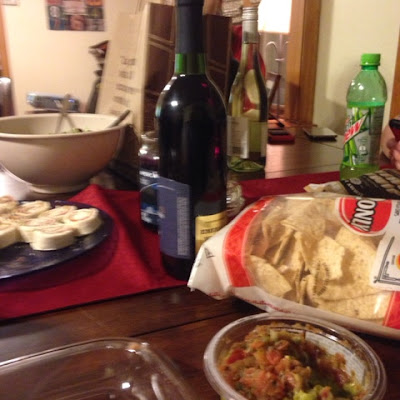 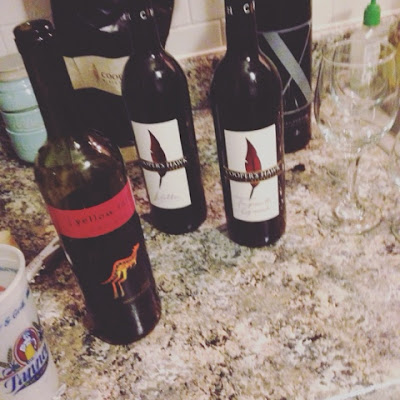 and wine.
I also found out that one of my teammates works at Cooper Hawk's.
Why did I not know that?
Some of the Sheilas and our coaches watched the January game together.
It wasn't bad game by either team.
Sad we lost, but we did a good job.
Then, we had to walk and get ice cream because it was still 70 plus degrees at 930.
Then, we walked some more to see my coaches new house that they
recently remodeled.
Posted by Morgan Cartwright at 11:56 AM No comments:

Are you young at heart or an old soul?


Tell me about a movie/book that has changed your life.


I can’t really say any movie has changed my life or a book.  Even though there are some that I really like and can watch over and over again.  You know, like “Empire Records” and “Whip it!”


Where was your favorite place to go when you were a little kid?


Any vacation place with my grandparents.  I loved going to Colorado.  I loved Colorado Springs as a child. (Side trip in April if you don’t hate me too much by that point? ;) )  I also loved Wyoming and all the beautifulness.

Do you enjoy being with only one or two friends, or with a large group of people?

It depends on my mood.

What part of the past year sticks out in your mind?


Oh, you know, just finding the love of my life.


What do you use more often: your intuition or logical reasoning?


Where is your favorite place to go out and eat?


I love Grinders. And crappy Mexican at Margaritas.


What was the last song that was stuck in your head?

What is your ethnic heritage?

Scottish, Irish and Scandinavian are the main three.  My maternal grandpa always said his family came from Germany, which is true, but they first emigrated from Ireland to Germany before immigrating to the United States.  Our family didn’t spend very long in Germany at all.  My grandpa still swears up and down that we are German though.  I highly doubt it.  There is a little splash in there, but not enough to matter.  The Scottish comes from my dad’s side of the family and I actually have that dated back pretty far.  Scandinavian is from my maternal grandmother’s side.  If you go far enough back, it gets super interesting.  I’m going to stop now, but it’s really awesome and I’m glad I found out the things.  I’m such a nerd and like my daughter said “I’m really good at finding things”


Give me the story of your life in six words.

I tried to come up with 10.  I failed.  Totally failed.  There are more than I read then this though.  Here are just the top ones I go to. Because.  I'm exciting. :)  Also, these are in no order what so ever.

This is the biggest one I follow, because everyone follows her.  She has good recipes and she's actually quite entertaining at times.

Another recipe one.  This one helps me think of ideas.

3. Jenny on The Spot

She's hilarious and you gotta love the Monday Minute (or Two)

Blog ideas, link ups that help me find other blogs to read and fun youtube videos that keep me amused for long periods of time.

5. You Picked a Fine Time to Leave Me Loose Wheel

She's the leader of the MOMS Club I founded.  She also has some interesting things to read.

One of the first blogs I ever read.  And I still read it.


So, I need two more to complete my list!  HALP!  Help me with that haz!

I appreciate the Presidents giving me a long weekend.  I like four day weekends.  They are fun.  Not super productive, but fun.


So, here is the history nerd in me wishing you a Happy Monday and President’s Day.


·         Franklin Pierce had the first Christmas Tree in the White House, he also caused “Bleeding Kansas” because he thought people could work out that whole thing on their own.


·         Whiskey was Andrew Johnson’s friend before his inauguration (you think he got it from George Washington’s Distillery?)  A few years later though, Rutherford B. Hayes banned alcohol from the White House (HOW DID HE SURVIVE?!?)


·         Benjamin Harrison was a brigadier general and fought in the Civil War.  Which side did he fight on?  Six new states joined the UNION while he was president.  He was also only two inches taller than me.


·         Ronald Reagan was a stand-up comic in Vegas for a few weeks.  He loved jelly beans so much that Jelly Belly created a blueberry flavor so he could have red, white and blue jellybeans on his desk.


·         Woodrow Wilson was the most educated President with a Ph.D.  He was dyslexic and a school teacher.  The 19th Amendment passed during his term.

I don't have any yet!!  What?!?  I would sure like to start some though.  It's never too late to start traditions!  I like Valentine's Day.  Not because I get big elaborate gifts or go to fancy places and eat fancy things, but because it's a holiday!  I have never really done anything with it.  It kinda makes me a little sad.

So, not real elaborate on the traditions.  I made the cherry floats.  I made lunch for everyone.  The kidlets got their chocolates and cards.  I got a sink full of dishes to do.  Can we not make that a tradition?  So many dishes all the time!


Garlic/Parm Chicken Wings
You just need a bag of frozen drummettes and wings.
I had practice that morning, so I stuck them in the crockpot on high
before I left.  I was gone around 2.5 hours.
They were completely done when I got home.
I made a garlic and parm mix.
Use your own tastebuds to determine how much you want of each.
I rolled the chicken in that.
Stuck them in the oven at 425 for around 30 minutes.
They fell off the bone, which I need.
I can't eat chicken off the bone.
I'm weird.
Yep.
Weird.
﻿
Posted by Morgan Cartwright at 11:00 PM No comments:


Mix together all the sauce ingredients.
Put the chicken in a crockpot with half of the sauce for 3-4 hours on high or 6-8 hours on low.
After that time, take the chicken out and shred it. (should be super easy)
Mix together the chicken and cream cheese.
Put back in the crockpot for around 30-60 minutes.
Stir in the remaining sauce.

Put the crockpot mixture in a tortilla.
Wrap it up.
Cook in a skillet until golden brown.
I usually use a little olive oil at the bottom of my pan. 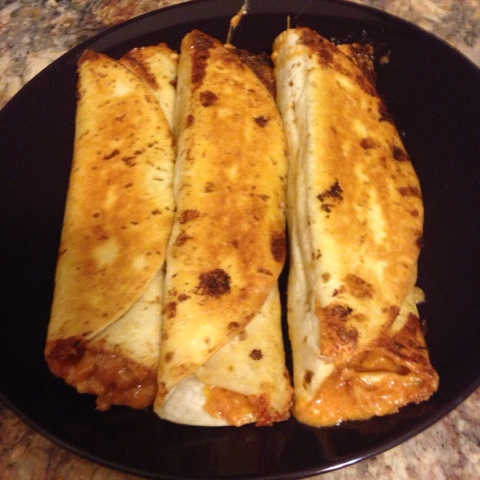 Posted by Morgan Cartwright at 9:23 AM No comments: 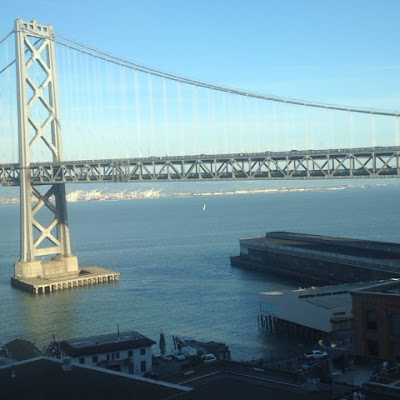 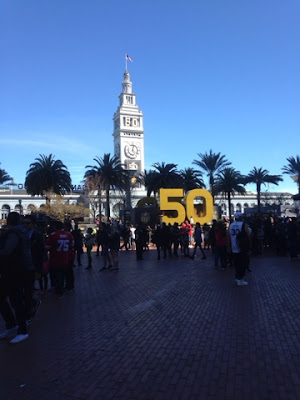 Posted by Morgan Cartwright at 12:00 AM No comments: We lost.  We lost to Pink.  Pink, who fought for years and years to win a game.  Pink, who didn't lose a single player and have more rostered (grandfathered) players than any team.  Pink, who didn't get a single newbie.  We lost.  They are a strong team this year.  It shows that retaining a team and working together for multiple years pays off.  It's okay that we lost.  It's sad that we lost.  That was just a rough day.  Next, we play blue.  I like blue better than pink.
Good job, Lethals.    ﻿ 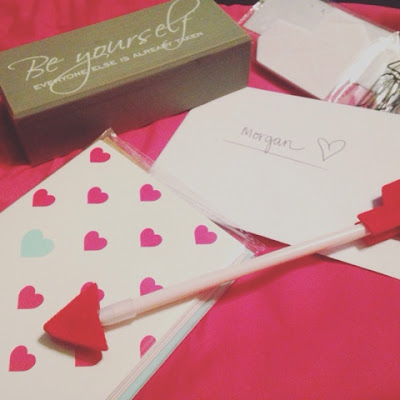 I decided to participate in a mail swap.  Because I love mail.  Not all mail.  Not the bill kind.  But fun mail.  Mail from actual people.  Letters, packages, cards, invitations are even fun.
The mail swap I did was with someone I had never met.  We were just matched up.
She did pretty well for me.
I sent her some adorable things.  I didn't manage to get a picture
of them though. 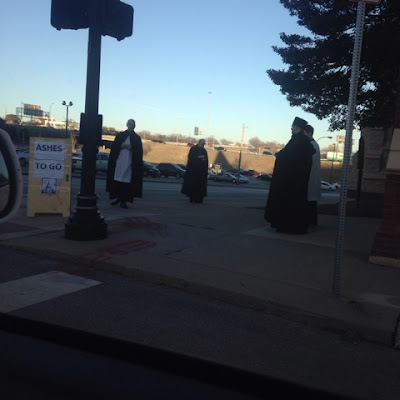 I'm not sure what to think of this one.
This is across the street from my work.
Ashes to go?
I thought the point was to go in and reflect on the
changes you were going to make during
the Lenten Season.
What changes are you making for Lent?
Posted by Morgan Cartwright at 11:00 PM No comments:

This is an easy, quick recipe that turned out to be a bigger hit than I thought.
Frito Taco Pie
Things you need for this:
Fritos
Cheese
Hamburger Meat
Seasoning for the Meat
Crescent Rolls
Whatever other toppings you like
I just used sour cream and salsa
Posted by Morgan Cartwright at 10:10 AM No comments: