Tell Me Something Good Tuesday

Happy Tuesday!  This week is off  to a busy start.  It's okay busy, not overwhelming busy.  Tell me something good that has been going on!
Here are somethings around these parts:
Introducing our new doggo! 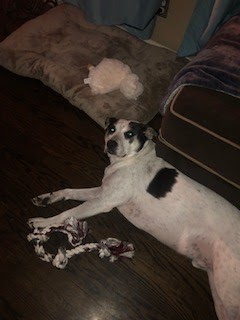 His name is Buster and we found him at the Great Plains SPCA.  I got my two cats from here also.
He's an Australian Cattle Dog.
He has lots of energy and loves to be outside.
He doesn't run away, he runs around the yard though, having a good old time.
He likes his rope.  He won't sleep on his bed, but he will sleep right next to it.
He uses the ottoman to be the king of the window and guard all the things. 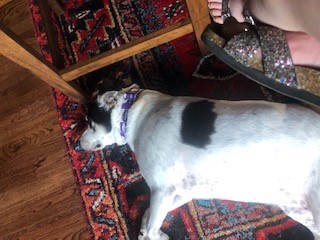 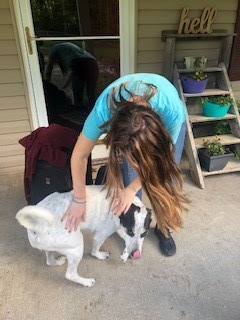 He was seeing Alli off to Costa Rica.  He's like hoooman doonnn''tttt leave me! 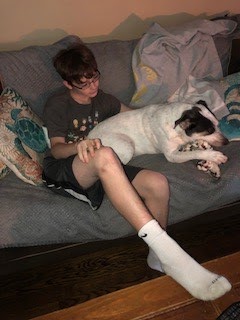 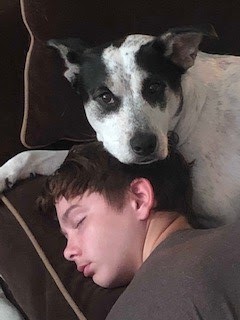 Peyton sleeping on the couch and Buster protecting him. 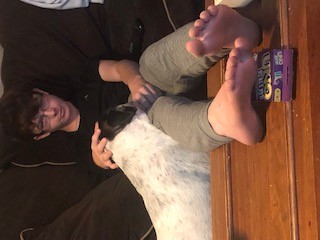 This UNO Flip game is so much fun!  We have played it so many times this week.  I found it at Target and definitely recommend it for family fun.  We tried to teach Buster, but he rather play with  his rope.  Who knew?!﻿
Posted by Morgan Cartwright at 8:53 AM