Can you believe it is July already?!?  It's hot and humid around here now!  I'm happy we finally made that transition to the warm/hot weather! 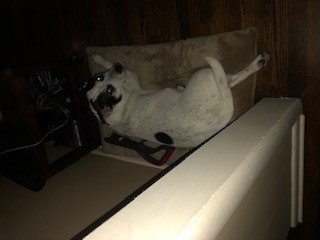 Buster made me a liar and used his bed this weekend!  I snuck around from the corner to get this picture!

I had a pretty busy weekend!  It started with Peyton's last baseball game of the season.  It was scorcher.  They did an excellent job.  Peyton had an amazing hit, a double.  He had some outstanding plays from second.  Initiated a double play! And caught a couple flies. 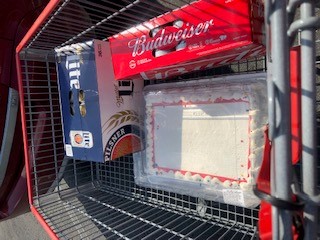 I had another game.  This time with the Shotgun Sheilas.  As a team we hosted the afterparty at the rink.  I picked up beer and a Costco cake.  We had a potato bar and it was a huge hit.  We had a lot of people stay.  I'm working on numbers now for how to make it more profitable and make it easier to run.  It was pretty easy to run in the first place, but a few tweaks never hurt. 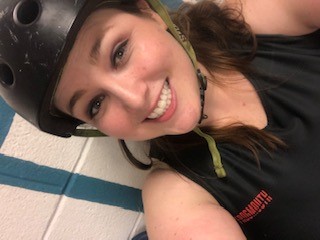 Before game selfie.  My makeup was pretty much sweat off at this point. 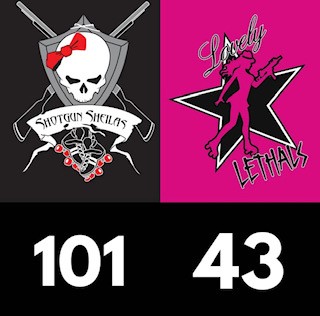 We won!  The Lethals were good opponents and it was a fun time. 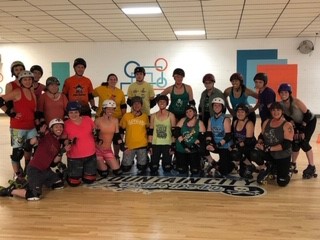 We did a rainbow picture at the practice I ran.  I wore my gold devil shirt.  It was pretty fitting since I was running an endurance practice. :)


I have a lot of plans this week!  It's going to be a good one!
I'm attending a Mr. Testosterone  clinic this evening.  He is a jammer for the Vancouver Murder.  They are ranked #3 in MRDA.  (Men's Roller Derby)  He partied with us Saturday night. He did the Macarena and back flips.


Posted by Morgan Cartwright at 12:43 PM