I am fearful of this week.  I am fearful of any outcome we could have.  I know the results won't be conclusive until after Election Day.  I think it might be worse than the Bush/Gore fiasco on counting votes.

I voted early.  I voted early because I don't want to leave my house on Election Day.  I voted early to avoid the mess at the polls.  I know my polling place is usually not busy at all.  The last Presidential election or any election there have always been more poll workers than voters.  One year, during a primary, I voted at the end of the day and I was only 121st voter that day.  I know it's not going to be like that this year.

I did a lot of errands this weekend.  I got a ton of food, stocked up on items we needed and prepared for what is to come.  (I didn't over purchase, just bought for two weeks instead of one)  Why am I so doomsday?  ugh.  I don't like that.

Aside from preparing for this week, it was Halloween!

Alli worked and had a busy night.  I went with the dogs to visit her and get 50 cent corndogs.  As I was pulling up, she was helping the car next to me.  They gave her a fake $50 and she was like "oh, I need to get change for you" and next thing I know, the general manager is out there taking a picture of the license plate, car and driver and asking him for another form of payment.  Alli had not given them their food yet.  They ended up not having another form of payment and drove off.  The dogs did not appreciate the people next to us and I think they wanted to bite them for doing that to Alli.  I mean, I do know they probably didn't know what was going on, but they sensed Alli's distress.  How cute is she though? 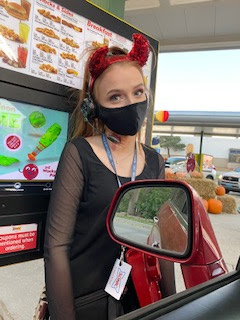 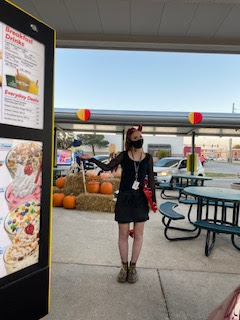 Every night when I go down to my bedroom, this is how I find the cats.  I'm not sure what they are seeking in that vent and I'm not sure I want to know. 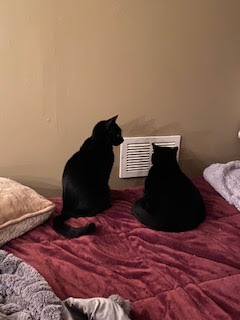 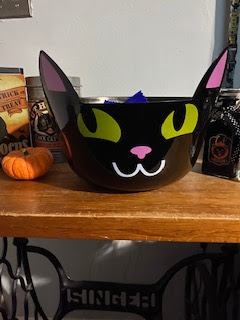 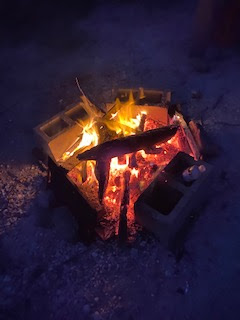 I tried to get a picture of the full moon through the trees.. 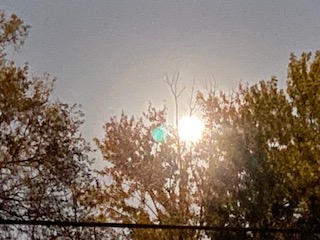 On Sunday, I woke up at 4:30.  Thank you, day light savings.  Haha.  I did force myself to stay in bed for a while though.  At 8, last night though, I got ready for bed, thinking it was 10.  It was such a long day.  :)  I did get the front room, hallway, dining room and kitchen cleaned up and four loads of laundry done.  I also set up bill pay for the entire month so I don't need to worry about them.
I'm going to leave you off with a picture of one of my best dogs, Buster. 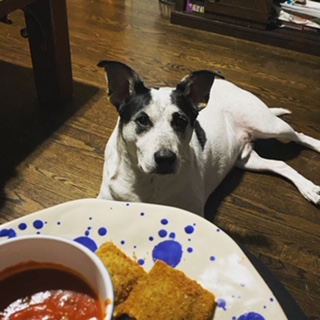 How was your weekend?  How are you preparing for this week?

Posted by Morgan Cartwright at 7:45 AM