Monday was being Monday

I try hard not to characterize days as being a certain way, but dang, this Monday was a Monday.  Everything was all well in the morning.  Got Peyton up and off to school, picked up Alli's lunch, Alli got signed on to her school and completed two tests straight away.

Then....I get a call from the school....Peyton coughed and he said his stomach hurt.  I had to go pick him up and if he wanted to return to school, he had to have a negative COVID19 test.  So off to the health department we go.  We get there right after 9 am and the line is so long.  We are there about an hour and 15 minutes total.  It reminded me of all the dystopian movies where everyone is separated into lines, standing 10 feet apart in a large warehouse type building.  The COVID test was the saliva one, so no up the nose this time.  Alli was upset that her brother did not have to endure the torture of having something shoved up into his brain. 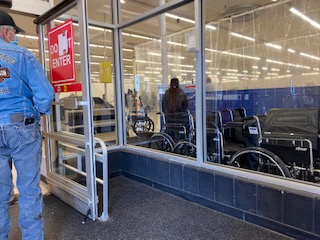 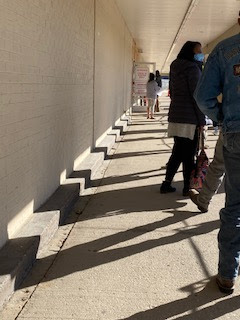 After we left the health department, Peyton was starved and we stopped by McDonalds.  We ordered our food.  After getting the drink, we were told to pull around.  Well, they gave our food to the wrong person and had to go have it completely remade.  Peyton said everything today was taking forever.  But he got hot and fresh food.
Tanner called during this time.  He's going to send me some gifts for my grandpa and my mom.  My mom was complaining that he never gets anything for anyone, so I asked him to get her a few things and send to me and I will wrap them up.  He said a Bazaar has just reopened and he can get some cool stuff there.
I missed a half day of work.  I signed back in, gave my manager an update.  Read through my emails.  Someone I had taken a class with in March had passed away.  So sad.  I don't know the circumstances.  I signed up for a training class for next week.  My manager said it's a really good one and she is glad I want to take it.  I did not get through all my work since I had missed half a day, I will have to put the pedal to the metal this morning and knock those out.

Then, the email came!  I let out a scream of frustration.  Peyton is now going to virtual learning only until after Thanksgiving break.  All the high schoolers are.  There have been 24 positive cases in the high school, with those positives, they have quarantined 130 students and 30 teachers.  So, they are shutting the entire school down.  Thank goodness this week is a make up week for all classes.

After work, I helped Peyton get caught up on his Geography class.  I swear, I feel like we get caught up and then the next day, he's so many assignments behind.  Peyton only has a project left to do in that class.  He will have to work on that tonight.

I was supposed to have a meeting at 530 with someone.  Online, of course.  I sent her a message a few hours before our scheduled meeting time to see what forum we wanted to use.  I never heard from her before our meeting.  In fact, she sent me a message at 830 pm and she wants to reschedule.  I haven't answered her yet.  I will sometime this morning.  I'm not sure when I want to reschedule though.

I spent the evening helping Alli with her English, History and Lifetime Fitness class.  She has a few tests to take this morning.  Her history class is in my favorite part of American History.  The muckrackers and women suffragettes.  How I wish I was taking history sometimes!

I got a crazy amount of packages.  The first one to arrive was the one for USPS.  The dog was outside when she pulled up and I let him in and went out to the truck and got it from her.  She was a substitute mail driver.  I had asked her why she was working so late and she said she's just helping out today.  She was so kind.  She confirmed the address with me and I told her she had the right place.  It was my Crazy Cat Lady box.  The cats love this box because there are an abundance of cat toys filled with cat nip in them. 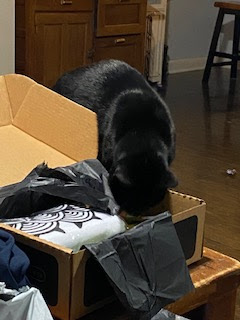 Next the UPS guy showed up with two packages.  The dogs were going crazy and I couldn't figure out why and went to the door and he was standing there.  He waved, I waved back, he headed back up the easement to his truck.

It was so dark at this point, I felt like the deliveries were really late, but it was only around 6 pm.

Then the Amazon driver comes!  I didn't even hear this one.  Peyton comes in with three more packages after he was done skateboarding.

They were books and bookish things.  I took Instagram pics but they didn't save.

I made hamburgers for dinner and we just had chips as our side.  I didn't feel like pulling out the air fryer to make fries.  We will have to have them with something else.

I didn't watch TV at all yesterday.

I am feeling anxious for today.  I am glad I don't have to go anywhere and do anything.  I will probably steer clear of Facebook.  Instagram should be okay.  We will see.

Happy Election Day!  May the odds be ever in our favor.

Posted by Morgan Cartwright at 8:02 AM