Whew!  The computer troubles have been plaguing me at work this week!  Wednesday morning, I had to get someone in the office to do a complete shut down of my remote computer because I kept getting error messages.  That is all fixed now.  Simply a restart fixed it.

I was dragging all day long from it though.

Day 2 of online virtual attending classes was complete.  It's actually going pretty well.  The community group though...there are a lot of parents that just don't know what's going on.  One parents went directly to the community group when a teacher didn't show up to an online meeting.  My first steps would have been to email the teacher....maybe something happened.  They could have been called away on an emergency or they could have gotten sick.  I wouldn't have gone straight to the community group b*tching about it.  Then, a lot of other parents started in, then parents started defending and suggested that maybe she call the teacher or school before starting in online.  Peyton has three more assignments to turn in before the quarter.  One of them is doing a video and he's very reluctant to do it, but by not doing it, it's making his a B instead of an A. 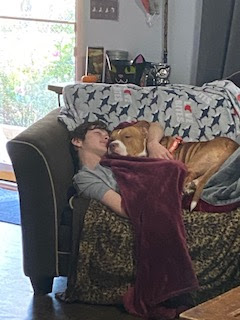 Alli is all caught up except in one class.  Even though she's not caught up, she has a high B.  I want her to get ahead for the Thanksgiving break coming up soon.

Peyton and I got our COVID tests back...

and we haven't been exposed or in contact with anyone that was positive.  We just did the test to get in back in school, but it doesn't even matter now.  It's all good.  I understand the precautions.
I had a thought while watching the election returns on Tuesday night.  The governorship for Missouri was up for re-election.  In early returns, Nicole Galloway was in the lead.  I was so hopeful to have a new boss next year and a female that dons blue would be icing on the cake.  In the end, she did not get it and Mike Parsons will again be the governor.  I was saddened by this.
Then I get a call yesterday afternoon.  Actually the same time Peyton's COVID results came back.  It was from the company that I had interviewed with a while back and I was 1 of 6 that made it to the final interview.  I got the job offer.  More pay, yearly bonuses and yearly pay raises.  There is also the opportunity for growth.  I have signed the job offer and submitted for my background screening.  I'm not worried about that since I have worked for the government for the last eight years and they love to run background checks on us.  I have talked to my manager at the State to get guidance on how to submit the resignation and how to cash out my vacation (96 hours) and sick time (437) hours.  I am so excited about this.  I have been looking for opportunities within the state and in the private sector and came up dry for the longest time.  I guess sometimes the fortune teller knows a bit. ;)
I got Chinese to celebrate. 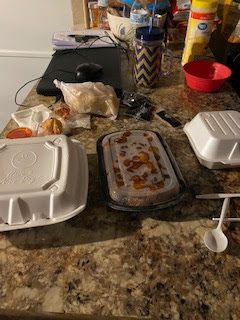 I hope everyone's week is going as well as it can be!
I will do a whole post on the books I received and the book exchanges.
Posted by Morgan Cartwright at 8:00 AM