Where did Monday go?  I sat down to write this post yesterday and it never came to be.  This weekend wasn't bad.  Peyton and Alli spent it at their dads.  His birthday was on Sunday and they went to spend time with him.

On Saturday morning, I saw my white squirrel buddy while letting the dogs out.  He stays either in my yard or the neighbors yard.  He knows where it's safe from the streets.   Both of the cats escaped.  I had to hunt them down for about 30 minutes before I convinced them that the house is best place to be.  I need to invest in brightly colored collars for them and tags if they decide to run off again. 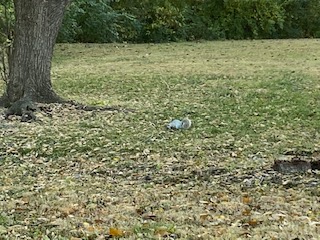 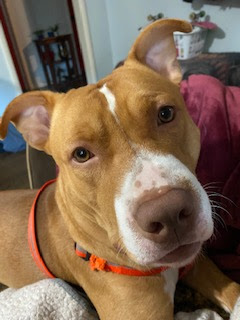 After our little romp outside, I went inside to enjoy some caffeine and the People magazine.  Draco wanted to help me read.  The puzzle this week was a little harder than normal or I just didn't know the pop culture people they were referencing.

I watched "The Impossible" on Netflix.  I can't imagine the nightmare that family went through.  Absolutely terrifying.  I remember reading/hearing stories about families in the tsunami at the time it happened.  I started watching the Amanda Knox documentary when the news came in that Biden/Harris are going to be the next President/Vice President.  I cried tears of relief and joy.  I didn't realize how weighing this election had been.  It's a first step, but it's a first step towards progress. 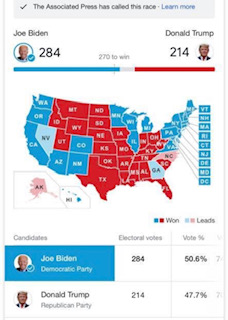 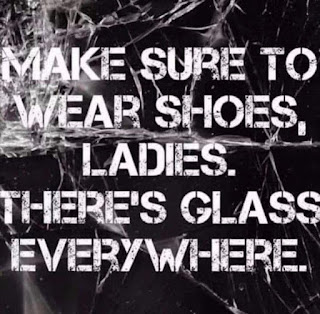 I know people don't want to talk politics on their blogs, but this is my record keeping of life and this is a pretty big moment in it.

Alli had come home to get some clean work clothes and take a shower and asked if we could have Taco Bell.  I agreed.  I was in such a good mood.

The rest of the day I spent cleaning around the house and perusing Pinterest in search of home ideas and recipes.  I watched a couple episodes of ER and read some books.  I finished the Humans by Matt Haig, I highly recommend it.

On Sunday, I went to lunch with my Grandpa and my mom.  He kept mentioning Chipotle to my mom and me, so we went there.  He loved it.  We made a quick run by Walmart, he needed to pick up a few things and my mom did also. 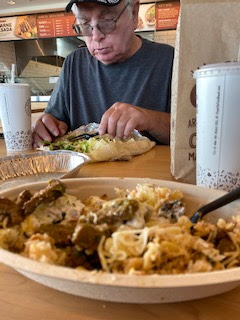 After we dropped him at this apartment, we went back to my moms house to sort through pictures and watch the Chiefs game.  They won, barely.  But barely is still a win!  We heard of Alex Trebeks passing during the game.  So sad.

We went and did a little bit of holiday shopping.  I got a few thing for people as did my mother.  We had a quick dinner than I headed home.  Peyton ate my left over Chipotle.  It was a not very exciting Sunday night, just preparing for Monday.

I received my onboarding paper work for my new job and filled that all out.

Monday, I turned in my resignation letter.  Once I get the acceptance back from HR, I will email inquiring about how I get my vacation paid out.  I have 99.33 hours owed to me.  Not too shabby, it's a whole another pay check plus some.  I scheduled Peyton's parent/teacher conference with his home room teacher.  I checked Peyton's grade and one of the projects he did in Geography was turned into extra credit and he received 90 extra points for the class.  That's bananas.  It makes me think that not a lot of kids turned it in.  I helped Peyton with it.  It wasn't hard, just took a little time to do.   I know school is struggle this year and I know my kids get irritated with me and keeping on them all the time.  I helped Peyton with his math project too.  It's like I sorta get to take a Freshman year of high school all over again.  He's doing very well in Auto Services, which I am grateful for.  I know nothing about auto services, but I'm learning.  He had videos that he watched in the same room with me.  His teacher is very nice also and I've had email convos with him.  He works as an actual mechanic also and had something dropped on his head that caused a brain bleed.  He is doing better now, but still needs a little bit of therapy for his speech. During that whole time though, he was caught up with grading and giving feedback to the kids.

Off to work now.

Oh!  And it's Kibben's third gotcha day!  Both my cats are three years old!  Freddie is younger than Kibben, but so much bigger than him.

Posted by Morgan Cartwright at 8:09 AM