Happy New Year to everyone!

This morning when I let the dogs out, it was so quiet and peaceful.  There wasn't any noise.  That had gone on for hours the previous night.  Celebration for the year to go away.  I don't blame anyone.  The neighbors had a field day with their fireworks.

I had a rager of a party last night.  Kibben and I were chillin' and watching the ball drop.  Peyton was playing Call of Duty and only realized the clock struck midnight when a quarter stick of dynamite exploded.  Alli was chillin'. 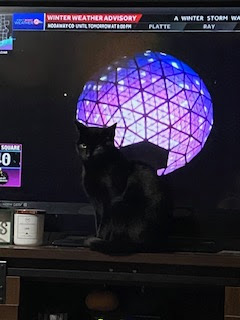 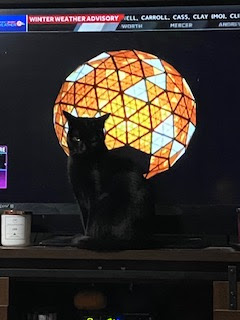 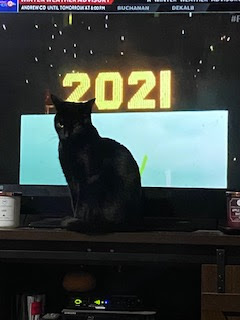 This past week was a calm, easy one.  On Sunday, we had two interviews for the Board of Directors for the Kansas City Roller Warrior.  They both went well and I enjoyed meeting new people, even if it is just by Zoom.  Monday and Tuesday were work days and they were hella busy.  It was the year end panic for some.  As long as they are finished by midnight on the 31st, they are good to go.  Monday evening, I went with my mom to see lights at the Olathe Community Center.  Afterwards, we went to KMacho for Margaritas and Mexican food. 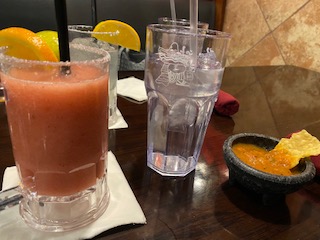 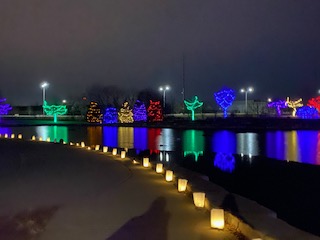 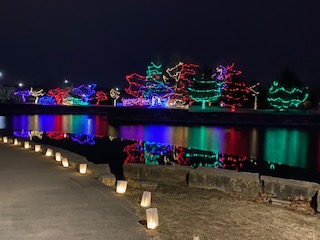 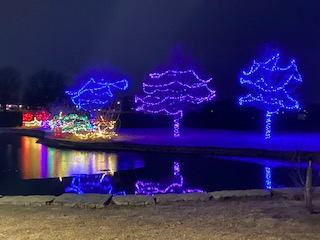 Wednesday was a PTO day.  I didn't do a lot.  We ordered Wings on Doordash. We had two more interviews for the BOD. (We've had a total of 10.  It's exhausting)  I went to the grocery store afterwards.  Around 7:30 pm.  It was nice,  the people were nice and it was a good experience.  I did have one guy ask me if I was "shopping for the big storm".  I laughed a little and told him I was only buying for the week and I didn't have any milk.  I couldn't possibly be preparing for the storm without milk!  I had eggs and bread, because we were out of eggs and bread.

Thursday was a holiday day from work.  Alli asked me to go get a manicure with her.  I passed on the manicure, but I did get a pedicure.  I hadn't had one in over a year.  It was nice to sit, relax and read.  I engaged in conversation with the sweetest girl next to me about reading.  I was starved after the pampering and we went to Amigos.  Yes, another Mexican restaurant.  I am so happy we picked it.  I ran into Sharon and Paul.  We got to catch up on gossip (from six feet away and masked, of course) and boy, did I have some juicy nuggets.  My daughter and I decided to leave a 100% tip for our waitress. 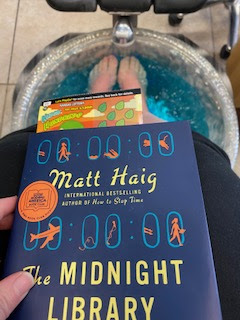 I traded in the scratchers tickets that my mom always gives as stocker stuffers.  I bought more tickets.  Ended up winning $13.00.  Not too shabby for dollar scratchers.

My friend, Shannon, had her first grandchild.  Her daughter is the same age as my daughter.  I can't imagine having a grandchild right now, but I am happy for her.  She is so excited and is giving the baby all the loves (as the baby deserves).

I watched Death to 2020 on Netflix.  V. Black Mirrorish.  I finished up the A Teacher series I've been watching on Hulu.  It was so good.  It has a few trigger warnings on it though.

Peyton and I worked to get all his school work turned in.  He's only missing a few thing in English, Algebra and Biology now.  He finally turned in his big essay for English.  He did such a good job on his outline, I don't know why he didn't just turn it in on time.

I let the dogs out and noticed an Amazon package.  I didn't remember ordering anything.  Someone had sent me a gift from the gifting group I am in. 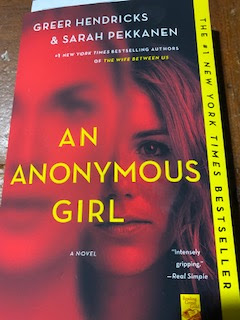 While I was waiting for midnight to approach, I did a paint by sticker page.  Those things are much harder than they appear. 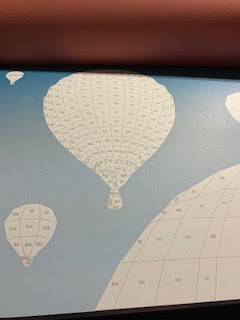 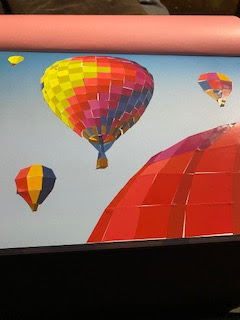 Today, Friday, I haven't done a lot.  We got our first big snow.  The dogs love it so much.  They wrestle and run around and just have a great old time.  I read a lot of "Midnight Library"  I will probably finish it tonight.  I watched Spree on Hulu and now am weirded out by ridesharing.  Peyton shoveled the front walk. 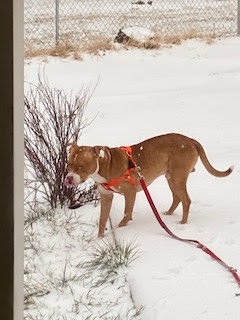 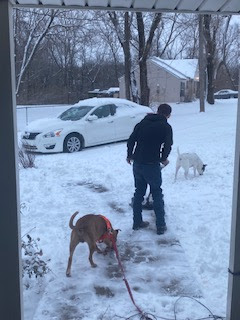 That's all I've got.  I have no idea what to make for dinner and nobody is hungry.  Peyton is going to go shovel some driveways for money.  Alli is hanging out in her room.  I am not allowing her to drive to work tonight, the road are still bad..

Posted by Morgan Cartwright at 5:32 PM