Sleeping in on the Weekends...

So, not really. :)  But here is a picture of Peyton passed out on Friday night at my mom's house.  He ate dinner, then laid on the couch.  It was all over then. Middle School is rough. 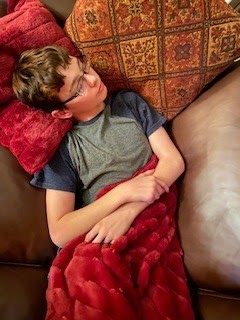 Friday was a good one.  We celebrated my BIL's birthday.  He hit the milestone one of 40.  My sister said we are saving his candles for mine.  Haha.  I have a minute before that happens.  We had some steak, salad, homemade spin/artichoke dip (it had some heat!), twice baked potatoes, bread and a pie.  It was all delicious.  Family was visiting from Seattle.  I wished they lived closer.  Or we lived closer to them. Our family is so small. 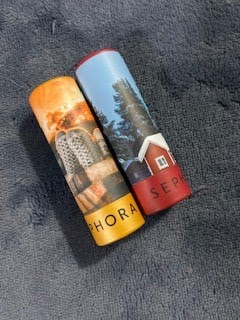 Sephora has seasonal #lipstories.  They renamed these "Cabin Fever" and "Campfire Cutie".  I put the Cabin Fever on first, followed by the Campfire Cutie.  I liked the combo. 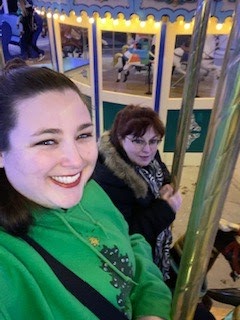 Saturday night, we ventured out to Worlds of Fun's Winterfest.  We rode the carousel and a few other rides, we saw all the lights, visited the animals and it was all so pretty. 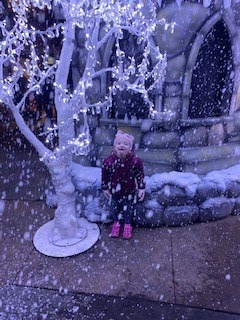 The fake snow.  My niece is trying to eat it.  Yuck. 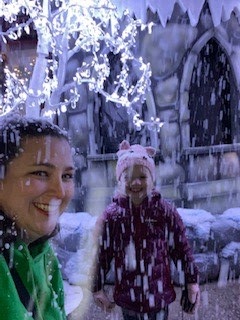 She wanted a picture with me. She was so happy.  Well, she always is, but look at that smile. 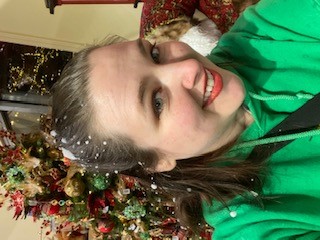 Snow in my hair. 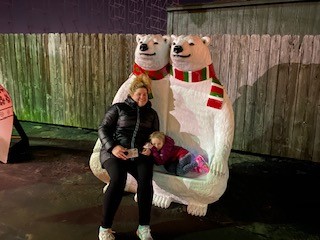 Lindsey and Violett hanging with the Coke Polar Bears. 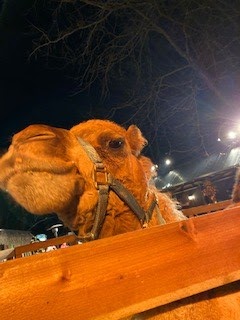 This camel wanted treats so bad, but people were not supposed to feed him. 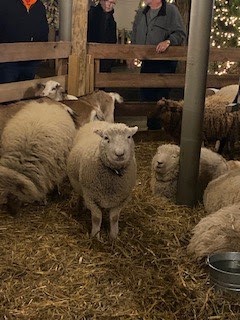 This sheep.  He had me captivated. 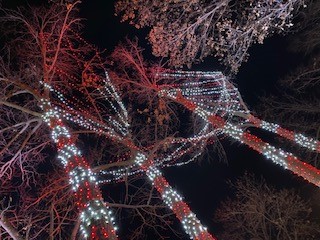 Some of the lights! 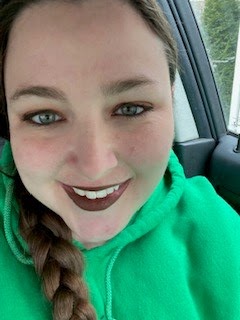 On Sunday, we had our last team practice before the game.
I tried the "But Coffee First" #lipstories
Unsure how I feel on this one.  Will try again later. 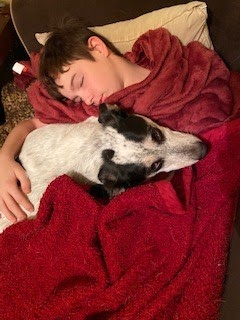 Peyton and Buster did not want to get up for school on Monday.
He is getting his grades up though.  The struggle has been real. 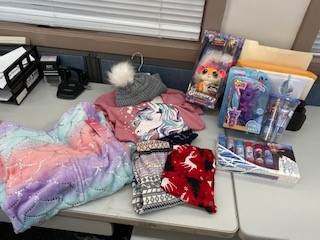 Alli was supposed to work on Monday.  After I dropped her off, she found out they didn't need her.  We took a trip to Marshall's instead.
My office decided to adopt two children: a girl and a boy.  Both of the children's parents are incarcerated.  Alli and I had so much fun shopping for her!  We found her a mermaid onesie.
Alli also picked up gifts for her friend and her little sister on cheer.  I was able to get my stuff for my secret santa person from derby.  I put a few presents in the cart for Alli too and she didn't even notice.

I had my interview for the Supervisor position.  It was with one of my old mangers, my just old manager that I had for three years and knows everything work related about me and my brand new manager.  It was six short questions.  Cross your fingers for me.

Alli messaged me that there is a meeting to join the Japan trip on Thursday.  She has to work, so I'll email the teacher for the link to sign up.  Alli will be going, Peyton doesn't want to go and I plan on going as a Chaperone.  The trip will be in 2021.  So between her Jr and Sr year.  I would like to convince Peyton to go with us.

How was your weekend?  What did you do?

Posted by Morgan Cartwright at 10:43 AM