November 13: Day One of Nationals

Our first game was scheduled at 9 am against South Jersey.
It was a tough game, but we totally rocked it and pulled out the win.
South Jersey had four players from the Chicago Red Hots and one player from our league (so pretty much half of their roster).
That win was hard, but so amazing and awesome! 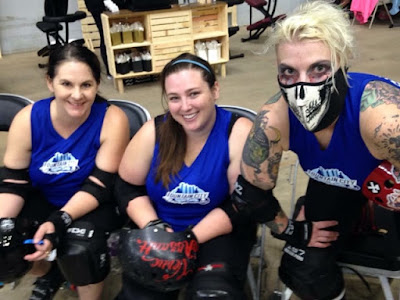 Lunch!  We went to Jimmy John's and Tawdry was exiled to the back of the Jeep.
The very back of the Jeep!
She was sad.  Mamba was not sad.
And I just smile in all the pictures. 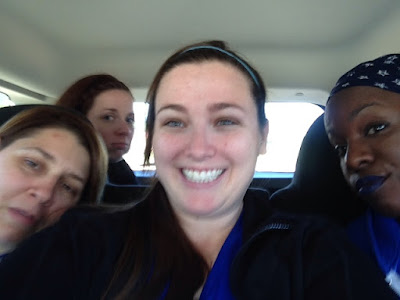 Our second game was against Hell on Wheels.
Hell on Wheels is a fairly new team.
They do have heart and will be a hard team to beat in the
future.
They ended up forfeiting in the 3rd quarter with a minute
left.
The score was 88-9.
That win didn't feel amazing. 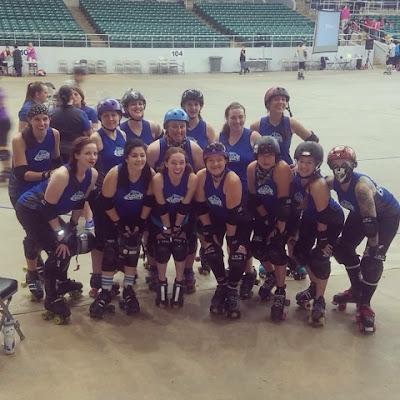 Our third game was against the DC Secret Cervix.  Yes, check out that amazing name.
This group of ladies are a class act.
They played the game with all their own players.
They followed the rules and didn't argue every single call.
They brought it to the track and were the best.
Out of the whole weekend, they were my favorite team to play.
Our team ended up winning by 11 points.  But damn, it wasn't easy. 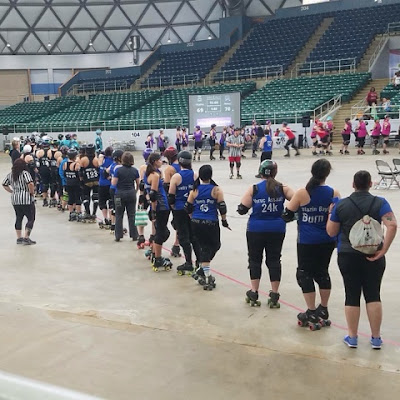 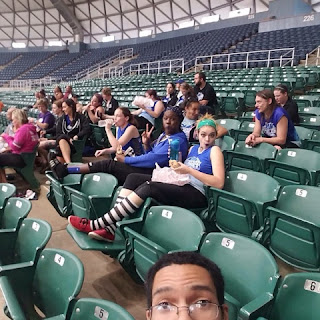 Posted by Morgan Cartwright at 10:17 AM

Email ThisBlogThis!Share to TwitterShare to FacebookShare to Pinterest
Labels: MADE, MADE Nationals, SkateMADE