We left about 11 am to make our long journey down to Belton, Texas.
A car full of derby girls!
Johnson drove us...the whole way.
Fire...she had to make lots of stops.
Bomb Pop talks a lot.
So does Thunder.
Oh, hell, I talk a lot too. 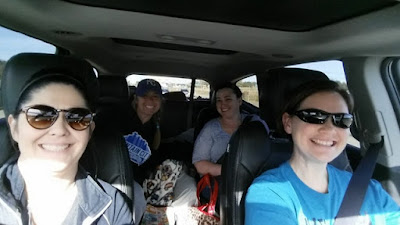 We took the way through Missouri, then into Oklahoma and Texas.
You beat a lot of tolls and traffic going this way. 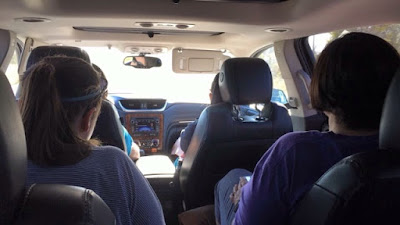 Fire had to stop at a Mexican restaurant in Muskogee, Oklahoma named
Hamlins for their cheese dip.
She bought a whole big carry out thing of it.
I wasn't a fan.  Neither was my stomach.
Sketch middle of nowhere bathroom for the win! 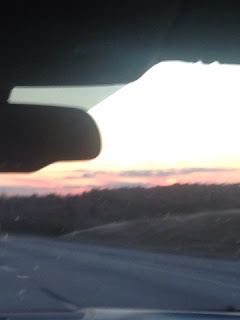 The sunset in Lake Eufala was amazing.
My picture is not amazing because I'm
sure we were traveling at a high rate of speed. 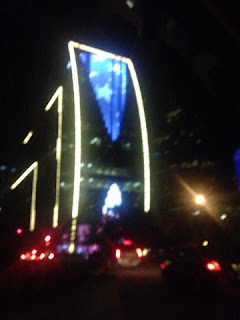 Dallas was ummm...interesting.
We were stuck in traffic for so long.
It was 7:30 at night, you would have thought
we would have missed it.
But nooooo.....people have to go and hit the things.
Also, we witness a Trump protest. 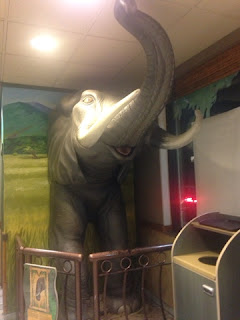 Also, the McDonald's in Dallas has animals.
Lots and lots of animals.

We made it to Belton around 9:30ish.
So a good long while in the car.
Now, we are all ready to skate the next day!
Posted by Morgan Cartwright at 10:06 AM

Email ThisBlogThis!Share to TwitterShare to FacebookShare to Pinterest
Labels: MADE, MADE Nationals, SkateMADE