We made our campfire pizza when we were in Black Hills.  I did a few experiments with this.  I picked up two types of pizza dough: the Wal-mart Great Value brand and a more expensive brand called Wewalka. 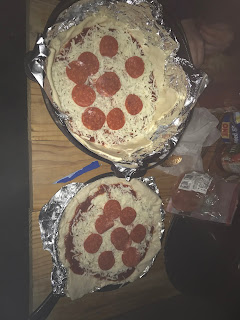 We just had pepperoni because that's what everyone enjoys.  The rest of the ingredients are simple: sauce (Cascones, of course), mozzarella cheese and pepperonis. 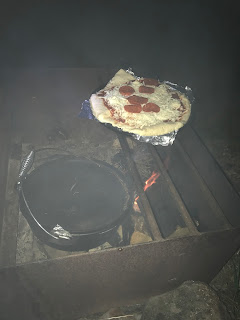 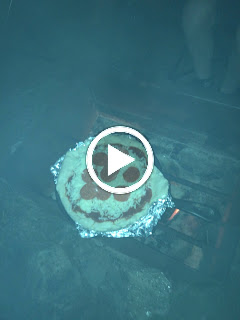 I used two of our cast iron cooking devices.  I used the Dutch Oven and the flat pan.  I sprayed both with cooking spray and covered the bottom with foil.


I spread the dough out evenly on both of the cast iron.  Put all the toppings on.


We put it on the hot fire.


Guess what happened?  The more expensive Wewalka crust never cooked.  The Great Value brand did awesome and that's what we had for dinner.  Wewalka is definitely not to be used over a camp fire.  Their crust does fine in the oven, you just have to watch it closely.


It did take a long while to cook, but it was worth it in the end.

Posted by Morgan Cartwright at 11:46 PM