On Monday and Tuesday, I worked in one of our county offices up north.  For a small town office, it was BUSY!  I spent my lunch breaks walking around the downtown area and historic housing district.  I'll post photos soon.
One of the ladies I was working with had won tickets to the Royals Game for Tuesday.  For them, it would have been a really long Tuesday night.  After the game they would have had a 1.5 hour drive home.  She asked me if I wanted them and of course, I jumped on them.  It included the two tickets and parking pass!  They were good tickets.  Down in the lower section. 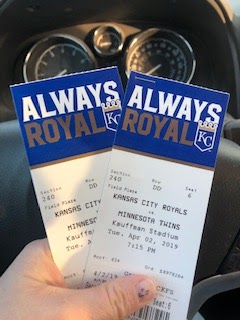 Peyton and I went.  The first thing he wanted to do was eat.
We got the Helmet Brisket Achos!
We were supposed to share, but he ate the majority of them. 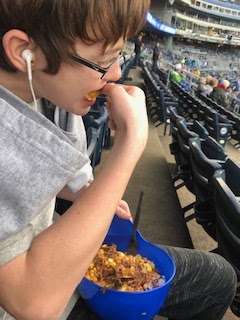 It was beautiful out.  Perfect day for a ball game. 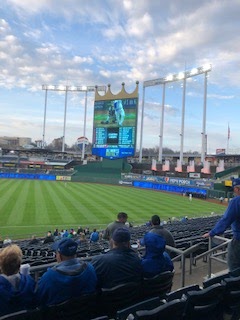 This is the best he would give me! 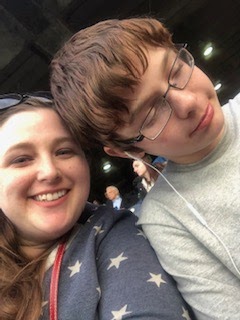 The sky is still pretty! 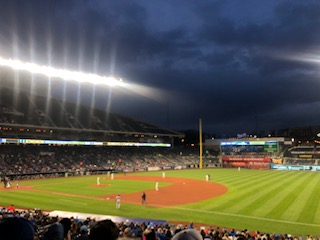 It ended up getting a wee bit chilly.  I had brought blankets with us and he used it and covered his whole body.  Ha ha! 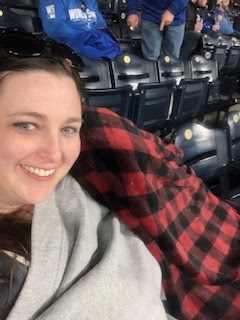 The Royals did end up losing in the 10th.  Boo! But it was a fun game and we had a good time! 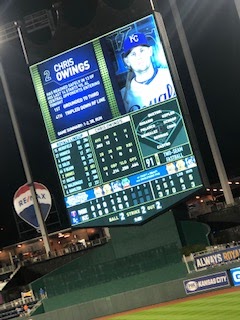 Posted by Morgan Cartwright at 1:12 PM