Happy Monday, friends!  There is a huge thunderstorm happening right now.  Strong winds and heavy rain.  It reminds me of a setting in a scary story.  One of the cats snuck out the door when I was letting the dogs out earlier and he stopped at the end of the porch and said nope and had me carry him back him.  Occasionally, the dogs will bark at the thunder.  I mean, they are gonna get that sucker that dares make all that noise.

It wasn't a super exciting weekend around here.  The kiddos went to their dads on Friday night.  Both of them were home on Saturday night though.  I had to pick Alli up from work.  I don't mind picking her up, it just feels really late some nights.  I had some outdoor things planned for Saturday morning and those were derailed due to thunderstorms.  I ended up working on decorations and cleaning up the front room.  I cleaned up Peyton's room, dusted and sweeped and mopped his floor.  I feel people saying "Why isn't he doing it?"  He does a pretty good job keeping his room clean.  It's just easier for me to do those things.

Peyton and I did go school shopping at Target before his dad picked him up on Friday.  High School school shopping is the easiest.  Notebooks, pens and pencils.  We will get anything the teachers request after school starts. Peyton's schedule is M/W with a rotating Friday.  Next weekend, I am going to set up a desk in his room and move his dresser to the other side.  That way he has a place to study on his Remote days.

Alli picked her electives for full remote learning.  I don't know if I've talked about it before.  She is going to do Lifetime Fitness, Sociology and Medical Terminology (I figured that would help with the whole wanting to go into the dental field thing).

The kids did have their yearly wellness visit on Friday.  Peyton got his sports form filled out and we are hopeful he can do baseball in the Spring.  They both got the flu shot.  They had just arrived in the office.  I don't think the flu will be as horrible this year due to all the cleaning procedures and precautions put in place due to the pandemic. 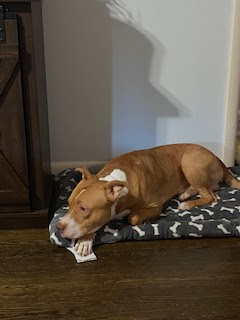 I watched the second season of "Trinkets" on Netflix and watched the movie "The Nightcrawler".  They were both pretty good.  I enjoyed the end of Trinkets just because the truth came out.  I watched "Chemical Hearts" on Prime and I also enjoyed that.  I finished watching "High Score" on Netflix, which is a mini series on the history of video games.  It was pretty awesome learning about it.  I am still going to be the Street Fighter champ in my family.  Rainy mornings are meant for movies/tv shows.

I am so far behind in watching Big Brother.  Like a week behind.  I need to catch up!  I'll try to do that this week.  I fast forward through a lot of the drama parts because they always recap them during evictions, so it's not missing much. 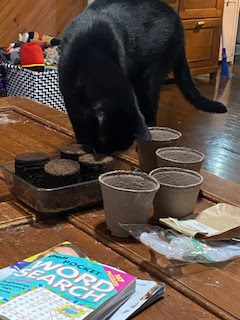 On Sunday, the kids and I went shopping at a few places and tried to get a late lunch somewhere.  We tried going to a few places, but one was closed and the others were doing delivery only.  We settled on Subway.  Kinda a bummer, I really wanted Pine and Bamboo!

I took Alli to work, went grocery shopping and wrote a few more Pen Pal letter.  I planted some seeds and we will see if they will grow. 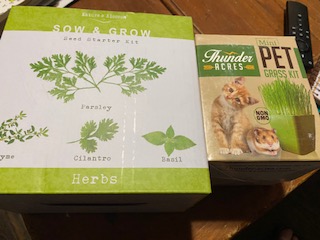 Posted by Morgan Cartwright at 12:12 PM