Tanner was back in Kansas City for his Deployment ceremony.  They had finished their training at the first base and are now heading to the second base before deployment overseas.  The ceremony was supposed to take place outside, but was moved indoors because a huge storm had gone through the night before.  I brought my mom with me.  Masks were required and all the seating was social distanced.
After the ceremony, the group that puts together things for the Army had Girl Scout cookies for everyone.  My mom and I loaded Tanner up with his favorites.  (Everyone was able to get two items and we gave ours to him)  He was going to have to spend the next 14 days in quarantine, might as well have snacks.  They provided a lunch for everyone.
My "friend" from work is deploying with Tanner.  I saw his dad and a guy that works in my building with him, so I went over and said hi to everyone and my friend completely ignored me.  It was so weird. I don't know if it was because there was a girl I didn't notice with him?  Maybe his girlfriend?  But, why act like a jerk?  I have no interest in him romantically, but maybe social situations are hard for him.  He was always socially awkward at work, but what do I know?
We said our goodbyes to Tanner after a while since he was not allowed to leave.
Here are a few pics! 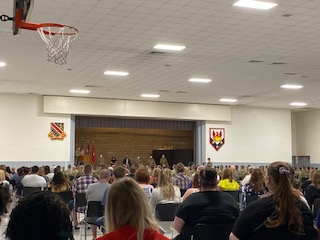 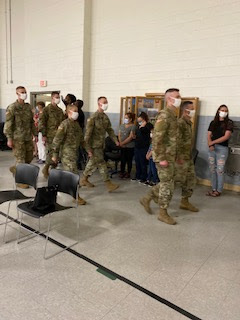 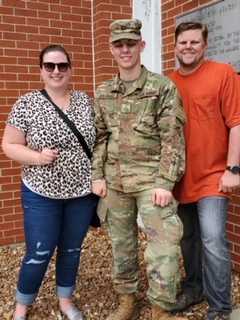 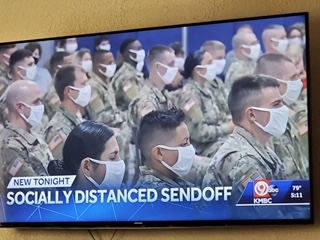 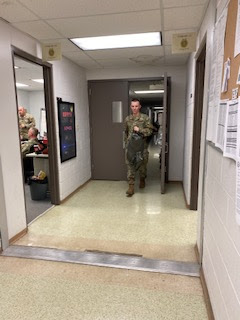 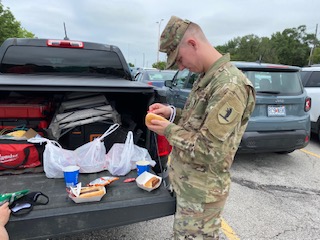 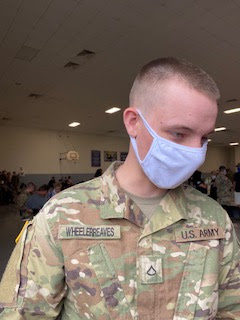 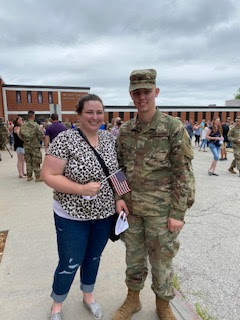 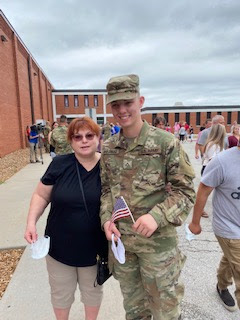 Posted by Morgan Cartwright at 12:00 PM