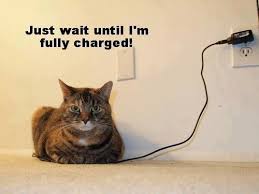 It was  busy morning around here.  Our little chinchilla got sick last night.  He stopped eating and drinking and was not being himself.  I called an emergency vet and they do not see exotics.  This morning, I started calling around to vets.  I called seven of them before I found a doctor that would take him.  A lot of them did see chinchillas, but either their doctors were booked solid or they weren't in.  The last one I called gave me the names and numbers of all the other ones I had tried to call and I said that I had already called all of them.  The receptionist asked me what was wrong with him and then talked to the doctor and he said to bring him in right away.  We were able to get there in 20 minutes.  They called me about an hour after we dropped him off and said that there was something wrong with his belly for sure.  They are going to do X-rays, keep him hydrated and syringe feed him and give him meds if he needs them to help whatever blockage it is pass.  They also gave him pain meds so he is feeling a little bit better.  They will be calling me with updates throughout the day.  I am so thankful that they took him.  The doctor said we most likely caught this early enough!  Keep your fingers crossed for Chin Chin!
::Sad update, they just called me and he ended up passing away.  They said when they took the xray they found a huge gas bubble and they gave him medicine to relieve that.  It was starting to pass and he started having a hard time breathing.  They put him on Oxygen, but he ended up passing away::
Whew!
I got elected in for another term on the Executive Leadership Committee for roller derby.  I have things I would like to wrap up and leave better for the next person who takes my position.  It's time for us to revamp and be better.  That's my goal!
Fourth of July was a fun day!
We started the day by grabbing a drink at Sonic and then heading to the firework stand to pick out a few things. 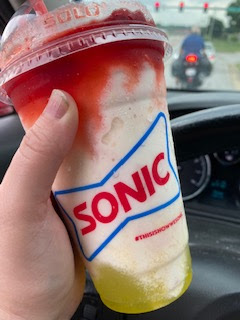 Alli had to work, so I dropped her off.  Tanner called us while we were in the car.  Don't worry, I wasn't driving and facetiming.  I was parked at her work.

After I dropped her off, I went to my sisters house.  She lives a little under an hour away from me.  We had yummy food, a water balloon fight and they just started on fireworks when I was leaving to pick up Alli from work. 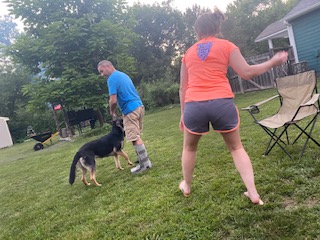 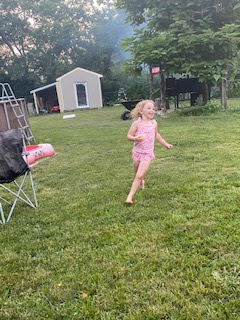 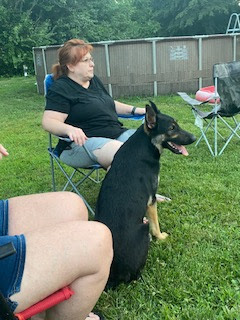 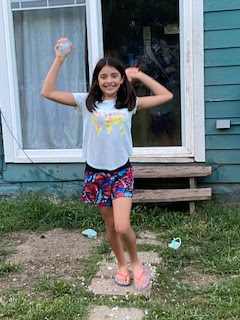 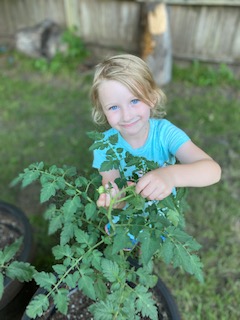 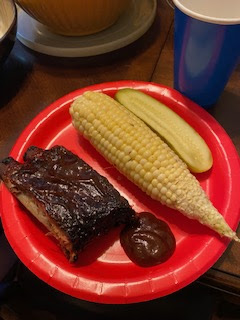 I got a lot of good pics of my nieces.  I was thinking about putting them in a photo album for my sister for Christmas.
I picked up Alli from work and we did a few fireworks of our own.  Then, we sat outside and watched the neighbors show. 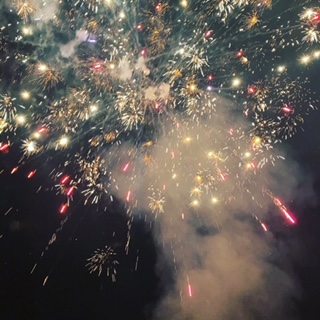 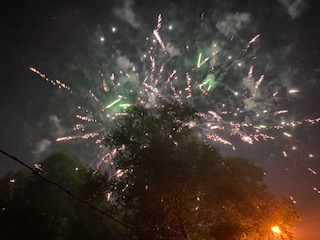 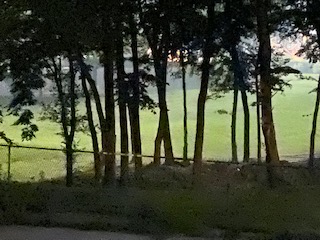 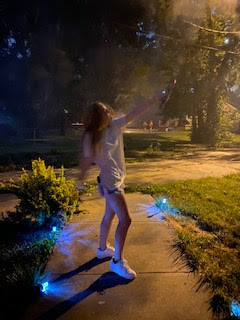 We haven't done a whole lot for the beginning of the week.  I worked on practice plans (at home plans to help with getting back to roller derby) and got those posted.  I picked some fun and easy things, but you can't please everyone.  I mailed a birthday card to one of my coworkers and she texted me a while ago and said she received it already!  I'm glad it made it to her on time.
I found out that I am getting a new manager on August 1st.  I just got a new manager a short while ago.  I guess it is what it is.  We have a return to office date of August 1st, but I am not sure how that rotation will go.  There are also two more people joining my team.  We will be back to a 10 person team.  The plan is to only have one appointment per hour in the office.  That means we will only need 2 people in the office daily.  With the rotation, it looks like once a week we will be in the office.  They will not open until we have all the proper supplies though.
I bought a bunch of new pens for my bullet journal adventure.  I love them so much. 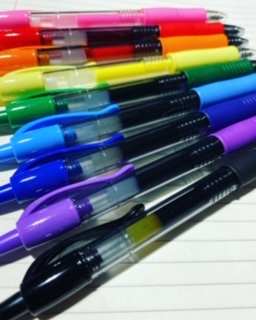 I made an amazing chicken and rice casserole.  The kids loved it.  One half doesn't have cheese because Peyton doesn't like cheese on casseroles.  I have no problem leaving it off. 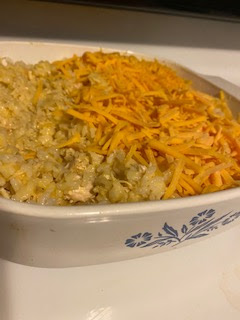 I hope everyone had a good Wednesday!  I need to get my blog reading caught up!  I plan on doing that tomorrow.
Posted by Morgan Cartwright at 10:55 PM