Happy Friday!  We've made it another week!

Tanner Facetimed on Monday for two hours.  He had pulled a 15 hour shift! Whew!  He asked that when we all get together, we Facetime him.  That will be at Alli's birthday party.

Speaking of Alli's birthday party, we have that all planned out!  I called and invited everyone, even my Papa is coming.  (I have a big story to tell about him, but I can't say anything yet, well, you will find out why later.  Sorry to be so vague)  We picked up some decorations and decided on the menu and cake. She wants VS underwear, a bullet journal and a gift card to a local hair place to get highlights.

Alli bought herself a car.  It's super cute and she has an air freshener in it that reminds me of the 90s Bath and Body Works scent that smells like a daisy. Ahhh!  I loved that scent.

I had my IUD replaced on Wednesday.  I'll have to write about the experience sometime.  I'll put a TMI warning on it.

I'm almost all caught up on Big Brother, I'm only two episodes behind now!  I watched four of them this week.

I have been given the task at work to put together a webex on how to be more productive and efficient in your work day.  I have to figure out how to do that with what I have going on next week.

The Blood Drive is all set up and ready to go.  I released the link to the league members and we've already had 7 sign up.  Our goal is 43 people and 30 pints of blood.  I have volunteers to help me already, which makes me super happy.

I started a new meal planning board.  It lists everything available for breakfast and lunches and it gives choices on dinners.  I put six dinners on there and we cross them out as we go.  I like it, because I don't have to rack my brain at dinner time to remember what we have. 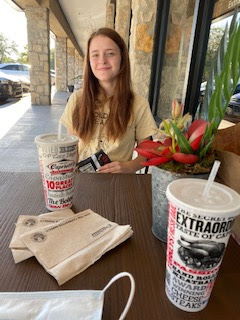 Alli and I tried a new sandwich shop her friend works at.  Don't worry, we had masks, we just took them off to eat and drink and we were outside. 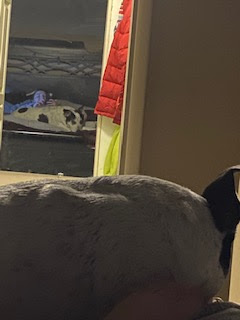 My big doggo, Buster, always wants to lay on my legs.  I woke up this morning and he had shoved me to one side of the bed.  Haha. 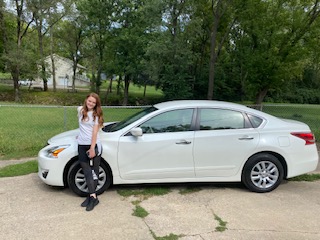 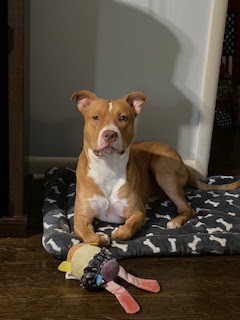 Draco was being a cute cute since he decided to run off twice that day.
He doesn't really run off, but he zoomies around our yard and both of the neighbors houses.  We chase after him for some reason, even though when he's done, he comes and knocks on the door.  Seriously.  Both dogs knock on the door after they take their potty breaks to be let back in. 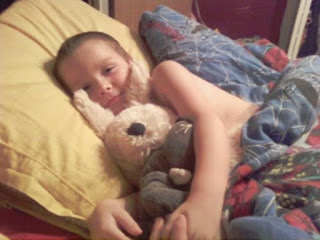 Throw back to Peyton when he was little. Mr Ratty was his favorite stuffed animal.  We still have it somewhere.

Tanner golfing in the dessert!  It got super dark not too long after this and he went out searching for golf balls.
Next week holds:

Helping my Papa move to a new senior living community.

I hope everyone has a wonderful weekend!

Posted by Morgan Cartwright at 8:16 AM