Happy Monday!  I know, I know, it's really late to be posting.  I had the day off work and didn't get on the computer until this evening.

This is the last day of Peyton's quarantine!  Woo hoo!  He can go back on Wednesday (his hybrid day).  We have almost all his work caught up.  Except Algebra.  I'm trying.  We are going to have to really hit it hard tomorrow for his virtual day.

Last week was pretty much the same as always.

I did receive the cutest Secret Skeleton gift.  My person came and dropped it off at my house.  It has two succulents, homemade bath bombs, some spooky lights, a candle and some cat toys!  It is so perfect and fun. 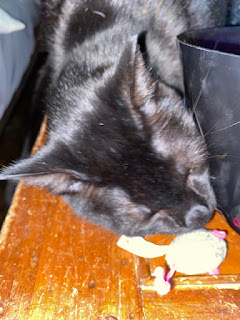 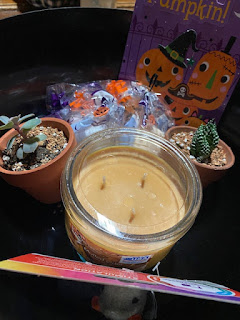 Saturday, I took my grandpa grocery shopping.  Man, he loves grocery shopping.  We had a good time.  There was another case of the corona in his apartment complex, so no one is allowed in, but he can come and go as he pleases.  We got one of the big moving carts and loaded his groceries on it since I couldn't help him bring them upstairs.  He came back down and got his walker afterwards.  He felt bad because he wanted to take me to lunch, but was fearful of a sit down restaurant.  I told him it was okay and we would do it another time. 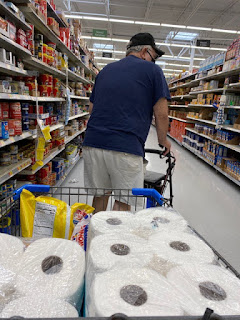 Draco had to pay a visit to the vet Saturday.  He threw up while I was taking my grandpa shopping and he wouldn't eat for the kids.  I had Alli make an appointment for him.  When I got home, I did get him to eat and drink just fine.  The kids were shocked and Peyton said it's cause he missed me because I'm the one that feeds them and gives them water.  He's also had a limp for the past couple of days. 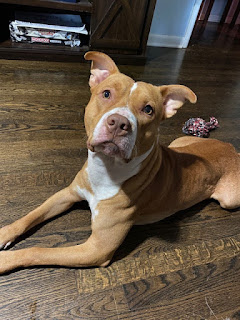 Good news though that he is okay.  He had a fever and a little infection.  He got an antinausea shot and antibiotics.  He's feeling a lot better now, you can tell by the way he acts.  I've had no problem giving him his meds.  I just stick him in his food and he has no idea.  His limping leg is caused by his knee, but we are taking care of the more acute problem first (infection) and then will come up with a plan for the knee and see what we need to do to help him out.  He's getting around fine though and we are making him lay down and rest a lot.  I'm sure he's not thrilled with that. :)

While waiting for him, we wandered around the Pet Smart the vet was in and I saw this curious little guy. 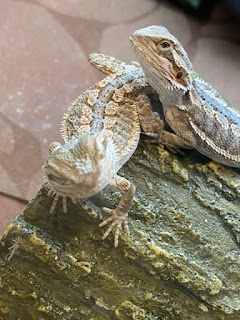 Alli had to go to work after we finished at the vet.  Peyton was at his dads house for his stepbrothers birthday party.

I made a buffalo chicken baked potato.  It turned out super yummy.  I'm not a food blogger, so excuse my pic. 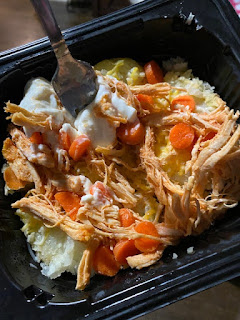 The cats were watching the birds and the squirrels.  It's a favorite past time of theirs. 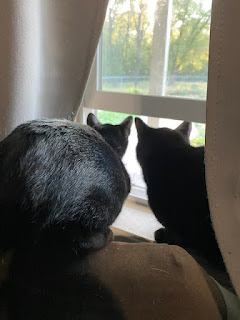 The dogs helping Alli study.  Doesn't she look thrilled with the pic! :) 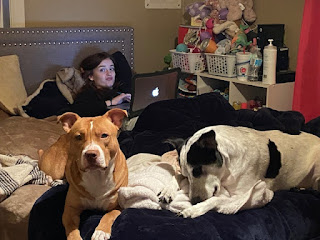 I attended my first virtual book club tonight and we discussed "The Night Swim".  It was so much fun.  We are going to do it again in November.

I made a soft taco bake and Peyton loved it!  Woo hoo!  Another love recipe to add to the list.

How was your weekend?

Posted by Morgan Cartwright at 9:26 PM