Happy Monday, friends!  Who is ready for the short work week followed by yummy foods and time with family and friends?  This girl, right here!

My cats have been cuddling in the closet lately.  They've been pulling clothing down and making a little nest to sleep in.  It's really warm in there, so I know why they are attracted to it!  Most of the time I wake up and they are back in the bed with me though. :) 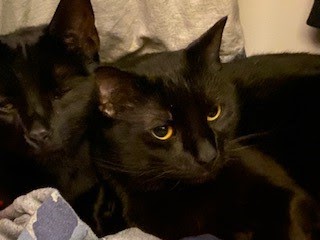 Alli had her cheer tournament in Topeka this weekend!
They were so adorable.
Alli is a main base when they stunt.  That means she does the majority of the lifting and holding the other cheerleader up.  There is a picture of her in the online newspaper for our county. 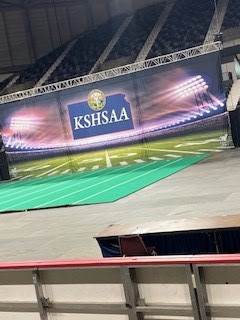 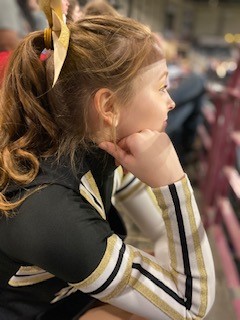 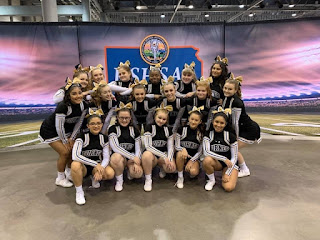 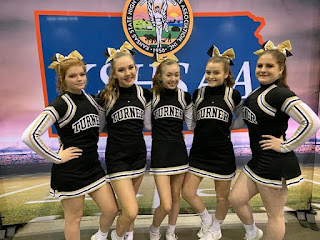 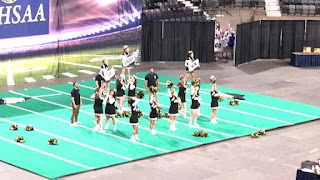 We stopped on the turnpike to eat dinner!
Taco Bell has their rolled chicken tacos again, so delicious!
Our Dunkin Donuts fancy drinks were so gross though!
I'm not a coffee drinker, but I will occasionally have a fancy one, this one was not good.  Alli ended up drinking it.  I just couldn't do it. 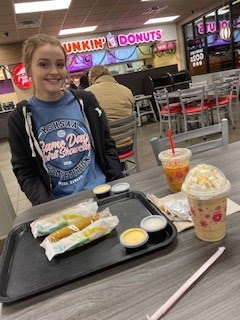 My cats have also been under the bathroom sink lately.  The air vent is under there and I think they are loving the warm arm blowing on them! 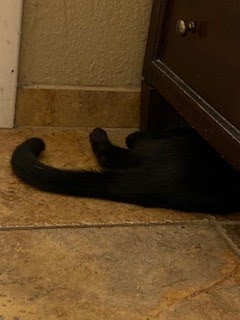 Our second trip out to Topeka this weekend was for my nieces birthday party!
She is turning five on Thanksgiving!
We went to Chuck E Cheese, ate the pizza, played the games and ate cake.
Funny story...my daughter is 16, same height as me and looks older...they kid checked her.  They actually shut the door on us as we were following my mom in and made her get a kid stamp.  We laughed about it for a while.  When we were leaving, they checked the kid stamp.  Glad she didn't try to walk outside on her own or anything!  They would have blocked her! 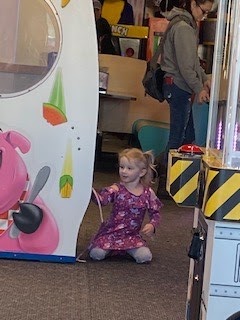 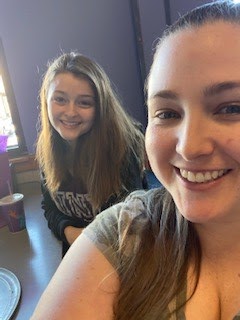 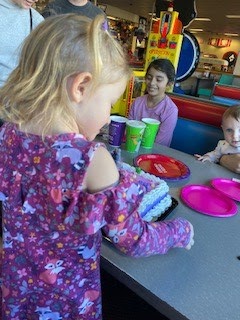 Alli had her second night of work!  She worked three hours this time.
I did a quick stop by Marshalls after I dropped her off.  Picked up a few candles, found a cute sweater and some colored jeans.
Went home for a while, took care of mammals, did a little cleaning, then went to pick her up.
After I picked her up, we went to Walmart to pick up a few things.  I had three things on my list and I had to sub things for all of them!  They were out of fresh green beans!  I ended up still getting fresh ones, but they were pre-bagged, so they cost more, but I didn't want to go to the store again this week.  Because. Bananas!

Since I do not have practice this week, my goal is to walk 10k steps each day and to exercise three times.
Also to just enjoy the week!
What do you have planned for you week?

Posted by Morgan Cartwright at 7:00 AM