On Saturday night around 6 pm, Sam walked out of her home and kept going.  By Sunday morning, the police had launched a search for her.  You know if the police launch a search for a 42 year old women 12 hours after her disappearance it's serious.  They know she is in danger.  Word quickly spread, news articles and posters were shared.  Hunt parties were formed for her and it was a lot of area to cover.  This went on for two days.  Early Tuesday morning, her body was discovered.  This outcome was not something anyone wanted.

Samantha, aka Sam-I-Automatic, started derby the same year, 2012.  It was still acceptable to call us Fresh Meat then and Fresh Meat we were.  We worked our tails off to be drafted to a house team.  She was drafted to the Lovely Lethals.  That first year was so much fun.  It was how derby should still be, but isn't.  Sam had medical issues.  She was epileptic and it kept getting worse.  These eventually lead to her being a volunteer.  She still came to all the things and brought her bright, bubbly personality.  I remember her dad pulling up in his van to watch derby.  She was very close with her parents.  They both died within a couple of years of each other.  That was rough on Sam, as it would be on anyone.  She had a little dog, Lily, that was the light of her life.  She loved that little thing more than words.  Sam and I hung out a lot.  We were often on each others team those first couple of years.  We were friends.

Sam will be missed.  The police are investigating it as a possible suicide.  The thing I thought first was about my friend, Angie.  She works at the ME office.  She would have been the first to find out.  My heart goes out to her.

It's hard to express my feelings of sadness of her life being lost. 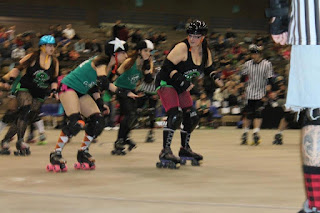 Team mates on the Black Plague.  Sam is in the pink tights. 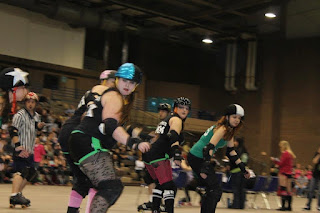 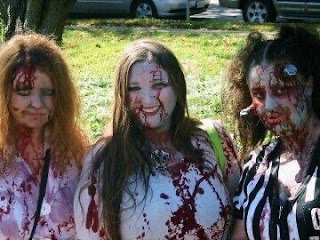 Zombie walk for hunger.  Sam is on the right side. 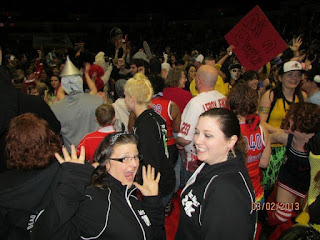 Remember when the Harlem Shake was a thing?  We were Harlem Shaking.
https://vimeo.com/62941008 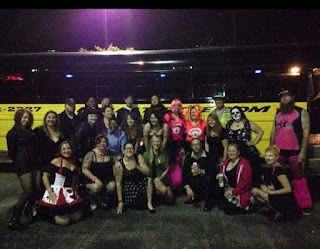