It's Fri-YAY!
Let’s start off with Monday!

Work was pretty steady.  It’s a slow time of the year for us.  A lot of people have gotten their tax returns and aren’t worried about their food stamps at this time.  One of my coworkers was asked to not spend so much time decorating.  She wasn’t in trouble or anything and our manager followed up with her on email.  She decided to respond to the email and include everyone in the office.  She called out everyone (not specifically, just said everyone) about how they do things other than work at work and why was she the only one that had been talked to.  Not cool.  I felt a little hostility in the air on Tuesday.
It had been raining all day long!  The drive home was a mess!  There was a bad accident on the highway.  I diverted and went through the back way.  I was about ten minutes later getting home than usual.  We had to hurry though. I had to take Peyton somewhere, take Alli to work and make it to my Strong class by 6 pm!  I was one minute late to the class because someone got in an accident in front of me!!  They were all okay as they were out of the car in no time. 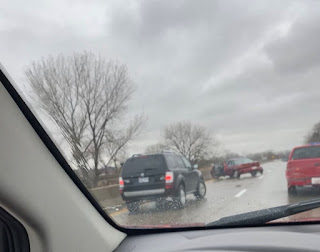 After my class, Peyton and I went to eat.  A Mexican restaurant close to us has $5 huge burritos on Monday night.  Peyton got that, I had chicken tacos and we got Alli a burrito to go.  On the way out, we wasted $5 at the claw machine.  We got 8 things though.  We only missed twice.

Went home for a minute and then had to go pick up Alli.  I took the little dog with me since it was easier to take him then clean up the house when I get home.   I finished a short story, took a bath and passed out. 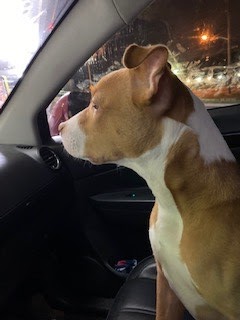 Tuesday morning on our way to school there was another wreck in front of us.  This one was at the stop signs of a busy intersection.  It wasn’t even 7 am!

I checked my library account to see if a book I have on hold and noticed I had some books due soon.  One is my book on CD.  I am on disc 6 of 9, so I'm pretty sure I can finish by the due date on the library.

I went to the store after work and picked up a few things.  I found this Llama cereal and asked my daughter if she wanted it.  She said yes, so I put it in my cart.  I picked up a few items for the street corn nachos I am making on Thursday and a pizza for Friday.  I use the Ibotta app and ended up getting $9.00 back!  Sweet! 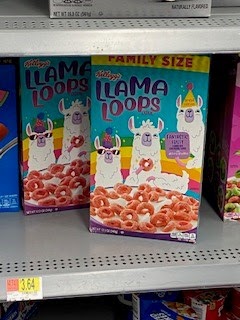 I got home and noticed a black cat by the shed.  MY BLACK CAT BY THE SHED!  The little booger snuck out again.  He tried to do a sneaky thing into the shed, but as soon as I went out there, he meowed his little baby meows and came to me.  I carried him and the groceries inside.  I let the doggos out, cleaned up a little, fed the animals and made my own dinner.  I watched the Lonestar 911 episodes for this week.  I only cried a little. 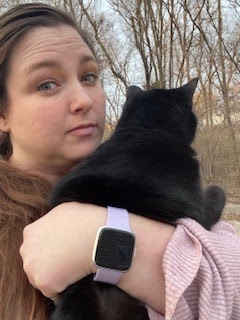 I took a bath to relax and read my book.  The doggos joined me in our small bathroom.  I make no excuses for the smallness or clutteredness.  I'm working on it. 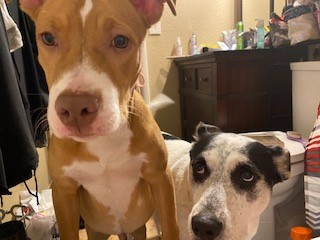 I went to bed soon after.  I went down to my room and found the runaway.  He doesn't much look like an outdoor cat snuggled in the blankets. 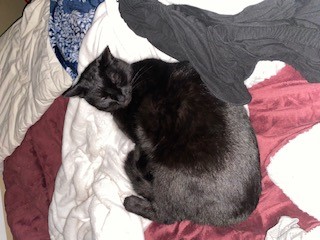 On Wednesday, work was still pretty slow.  I had my monthly "engage" meeting with my manager.  We had to rate ourselves on four factors.  I gave myself pretty high marks on three of them, the fourth one, I could definitely improve on.  I've been given homework this month.  Professional development.  I am supposed to rate my manager this month also.  She's just been my manager since December, so I don't feel like I can give a complete review.

Alli had to work and Peyton decided to go to church.  I had scrimmage practice and it was so much fun.  I was the pivot all night and actually got to take the star pass twice, forcing the call off from the other team.  There is some actual video of it on the league's insta page.  It was a fun night. 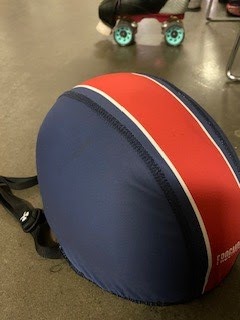 After I picked up Alli from work, we finished up her school project for Thursday.  We finally got to eat dinner!  I made a chicken tikka masala and we had naan bread with it.  The little specks all over the floor....the doggos chewed up the lid to a candle and they didn't clean it up.  How rude of them! 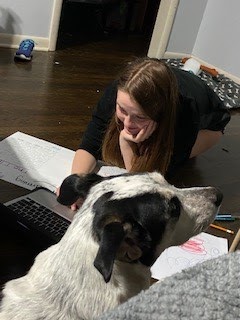 Then everything was canceled.

Posted by Morgan Cartwright at 8:56 AM