To what?  Not sure.  The end of this pandemic?

The weekend was about keeping myself busy.

Friday night after I got home from work, I made a grilled cheese in the air fryer.  It was the first time I had ever tried.  I might stick it in for a little longer next time.  I did it at 400 degrees for 8 minutes.  I think 10 or 11 minutes might be better.  The bread was nice and toasty, but not all the cheese was melty.  I had some onion rings to go along with it.

I received my (first) package from Old Navy.  All the black leggings aren't the same. :) 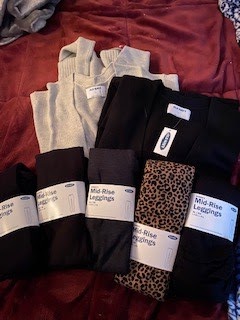 I took a nice, relaxing bath and read my book.  I like it!  It's part of my carnival, circus, sideshow reads. 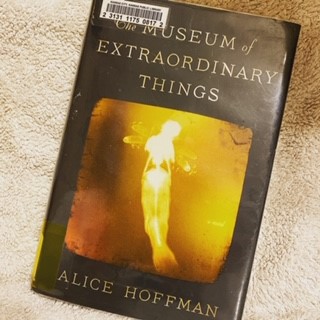 After that I settled in bed to watch a movie.  I decided to watch the Marvel movies in chronological order.  I found a list on Pinterest.  It was Captain America: The First Avenger.  I lit a candle and enjoyed the quiet. 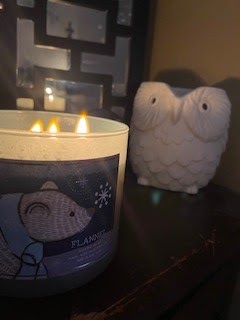 I did get up to check on the doggos in the middle of the night (to make sure they weren't getting into the trash or making other messes) and this is what I found. 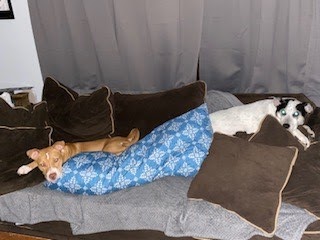 Sunday morning, I started laundry!  I had my daughter get all her dirty clothing out.  Four large baskets and I set forth washing them all.  I washed clothing all day long!  For breakfast, I made some english muffins with peanut butter and made sausage in the air fryer.  Turned out pretty decent.

I rearranged the living room again and cleaned the floor.  It's constantly messy.  I think I sweep it 2-3 times a night.  I vacuumed the rugs.

I took pictures of the cats and watched quite a bit of TV. 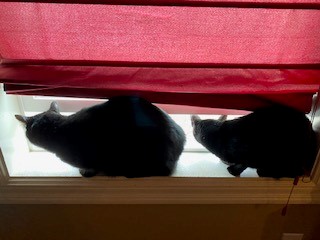 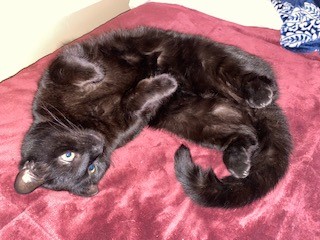 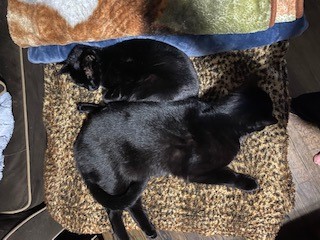 That night, I spent time watching My Name is Earl on Hulu.

Sunday -- you know all that laundry I washed?  -- well, the dryer is still down.  I took a morning trek to the laundry mat (830 am) and put it all in at the same time.  I occupied five dryers.  Three of them were the large multi load ones.  It was all done within 40 minutes though and I loaded everything back into my car to fold at home.  Less time in public places as possible.  While at the laundry mat, I was only inside to put my laundry in the dryer and take it out.  I took a short walk and hung out in my car while I was waiting.

For breakfast, I made english muffins with pb again, but this time had bacon as my side.  Again, using my air fryer.  It turned out perfect.   As I was eating, this is the face I saw. 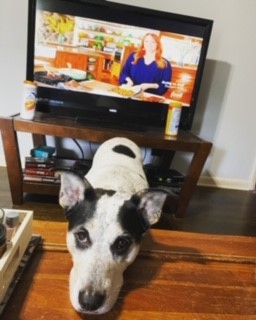 While I was folding laundry though, he decided to eat the rest of the package of bacon.  Ugh.  Uncooked bacon.  Bad Buster!

I watched Joanna Gaines show for a while.  It was pretty home made videos and she shared their life during isolation.  I enjoyed what I saw of it.
Maggie helped me with the laundry.  Guy's Grocery Games were on by that point.  I just kept the TV on the Food Network all day long. 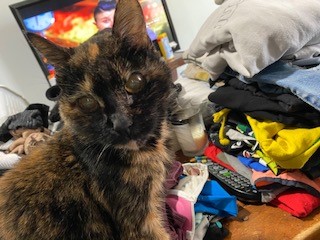 I cleaned out my daughters room while she was at work.  I told her I was going to do it.  I got all the trash out and put a lot of her clothes away.  I left a lot on her bed for her to take care of when she was off work.

I ordered Chipotle for lunch.

I made a chicken noodle soup in the crockpot.  I couldn't find the egg noodles I purchased, but had some heart shaped ones from World Market that were left over.

I picked up Alli from work and took the doggos with me.  Draco decided to do the zoomies and it was hard to get him in the car.  Alli requested Taco Bell.  I took her through the Drive Thru.

The rest of the night I spent pairing socks, making a grocery list, reading and watching ER on Hulu.  I haven't been sleeping well, so I'll get up and check on kids and animals throughout the night.

Monday, back to the office.  I worked with ITSD to get more things set up for remote access.  It took a long time!  I'm still waiting for my email!  People have started to receive them though.  My fingers crossed that it's today or tomorrow.

When I got home, I had some packages.  I had ordered some cacti and an aloe plant!  They arrived.  My Wal-mart Beauty box arrived also! 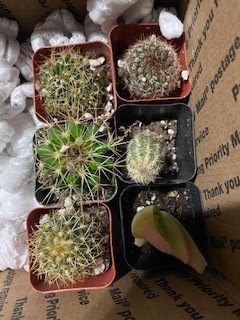 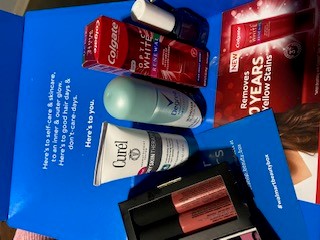 I made hamburgers in the air fryer and tator tots in the oven for dinner.  I am experimenting with the airfryer.  Still love all my other appliances too!

I made a shopping trip to Wal-mart and felt like I hit the jackpot.  I was able to get everything on my list except cans of Dr. Pepper.  Toilet Paper, Paper Towels, Cat Litter and Cat Food!   All things they had been out of.  I picked up lunch items and some breakfast items to take into the office.  I was so grateful I only had to go to one store.  They did have the line set up outside, but there was hardly anyone there compared to what it had been.  People were practicing social distancing.  I talked with the women who has worked there since it opened. (I talk to her when I'm there, she's super nice and helpful)  She said it's been bananas and she was happy to see I was able to get my stuff.  She said even working there it's hard to obtain items.  She also works at the Family Dollar a couple miles down the road and she said it's worse off there.  They can't even get their paper products in.  She said when they close at 8:30 pm, they are still there till midnight, cleaning the front of the store and the stockers get all the items out and make it look nice for people.

I got a quarter of a ham for Easter.  I am going to try to do a little something for the kiddos.  I have the dinner items.  I picked up the plastic eggs (we normally do the easter egg hunt at my moms house, so all our things are there), egg dye and some chocolate and sour gummy rabbits.  They didn't have eggs at the store, but I have enough at home already.  We will just be eating boiled eggs for the next week. :)  I plan on putting eggs out and having them hunt for them.

Once I got home, I put my cactus into the planter.  I put the aloe into another one, but forgot to snag a picture. 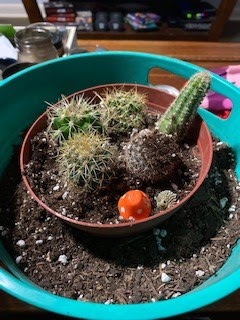 Maggie and I chilled watching TV for a bit before reading and heading to bed. 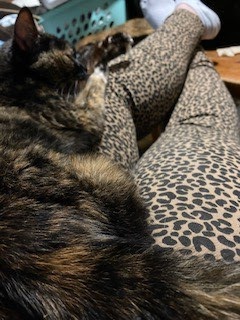 I know I'm a terrible mom, but we didn't tackle any school work last night.  I decided that we will just work on it Tuesday.

While in bed though, I did do a little family tree research.  Finding out some interesting things.  I got my DNA test back.  It's not super exciting, but was completely what I have found with my research.  ALSO THIS PROVES TO MY GRANDPA WE ARE NOT GERMAN AT ALL!  Sorry, it's been a long debate.  He swears up and down we are German.  Short answer is: Nope! 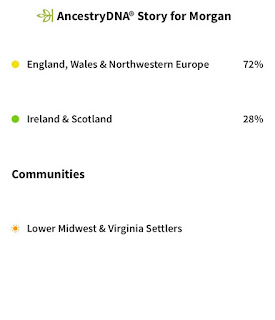 What has everyone else been up to?
Posted by Morgan Cartwright at 12:42 PM