I woke up this morning thinking it was Saturday, do you know how disappointed I was when I remembered it was only Tuesday!  Monday wasn't bad, but it just lasted forever.

Friday night was an exciting one.  I came home, took care of the animals and gathered the laundry to go dry it.  Drying only took about 30 minutes.  I was able to stick everything in one huge dryer.  I will one day fix my dryer.  Only two other people were there, including the person who works there.  I didn't stay inside, I took a short walk.
While there I ordered WingStop to pick up on the way home.  I tried to do delivery, but they didn't have any drivers available?  When I got to WingStop, I had to wait in my car until my time came.  While I was sitting there a gentleman knocked on my window and he had a young girl with him.  He was begging for money.  Saying someone bought him a pizza (the daughter said he bought it and he told her to shush) and milk and juice for his family.  He said he got approved for Food Stamps, but wouldn't get them to the last of the month (LIE!  Considering, you know, that's one of the programs I work with for a living).  I told him I didn't have cash to give and apologized.  I really dislike it when people knock on my windows when I'm in my car.  Working downtown, it happens a lot at stoplights (I try not to get stuck at them)  I've had it happen at the grocery store a lot.  Does this happen to anyone else?
I got home, ate my WingStop and then cleaned the kids rooms.  They were at their dads this weekend and Alli worked all weekend.  I came out with a big basket of laundry for Alli.  I washed that all on Saturday and threw the few pieces of clothing that Peyton and I had in with it.  HOW DOES SHE GO THROUGH ALL THAT CLOTHING STAYING AT HOME!?!?!

Saturday, I woke up, took care of the animals and headed into work.  Here is a pic entering downtown.  It's a beautiful Saturday morning, so it would be packed with people going to the City Market or the river park.
I grabbed McDs for breakfast and settled in to work for four hours.  It went by really fast.
I came home afterwards and made some lunch.  Honestly, I don't remember what I did in the afternoon.  Probably just did things around the house.  I didn't go anywhere.  I tried out the new Ipsy box nail color.  It's called "Slow Down" :)  The doggos were also exhausted.  I must have let them play outside a lot.
I know that evening, I watched "The Florida Project".  I was sad.  But not how you would think.  I saw a mother trying to do everything she knew how to do for her child and her child trying to live her best life.   The ending got me.  Ugh.
Sunday -- nothing too excited.  Woke up, let the dogs out, made breakfast, sat down for a while and read.  I went to go walk to the Cabin Fever Trail.  I went four miles.  It wasn't a bad trail at all and it wasn't busy until I was almost back to the trail head.  The parking area had gotten full.  Glad I got there when I did!
Peyton came home from his dads.  We made some shrimp in the air fryer for dinner.  I had mine with a salad.
I went and picked up Alli from work at 9 and went to bed.
I was tired.

How was your weekend?  Beginning of the week? 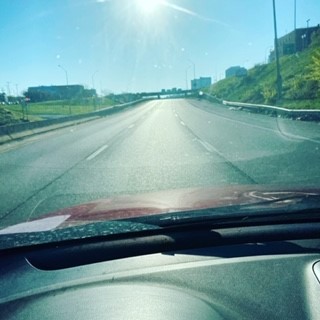 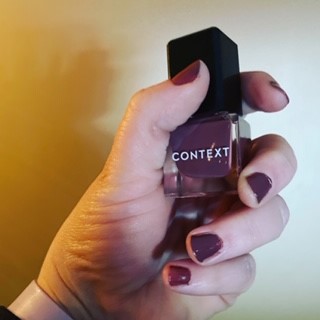 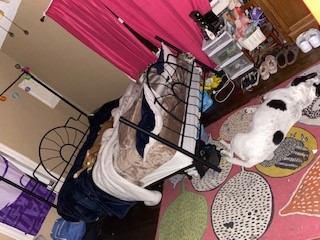 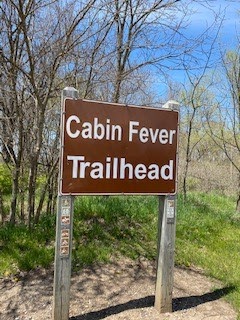 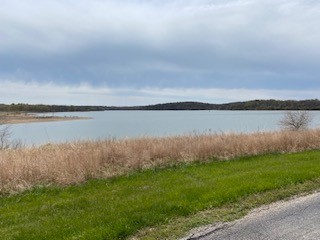 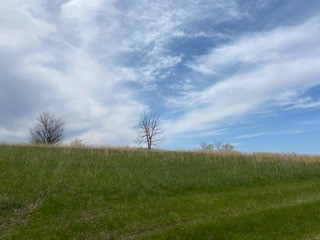 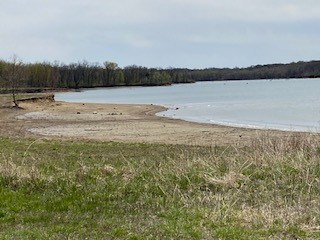 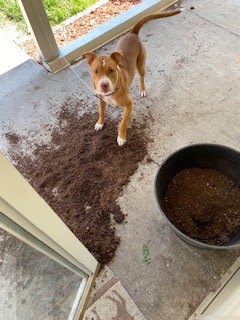 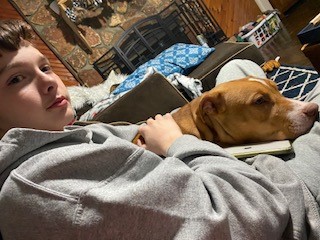 Posted by Morgan Cartwright at 5:38 PM