My coed team was developed because we had too many players on the two original coed teams.
The Usual Suspects are the youngest of the three teams as this will be our fourth season coming up.
I found the old team pictures from previous years.
It's sad to say but I don't remember skating with a lot of them.
The first year some of the skaters only did the first game.
The team looks large, but we had a lot of flakes.
The second season we got a new coach and a much more solid base of players.
We ended up doing really well that season.  We only had two guys, but the girls
killed it.
This last season, we lost a lot of solid players but gained some newbie newbies that ended up hitting it at the end of the season.
We have our draft tonight and my coed team will gain three new men and two new women.
I have high hopes for this season, because it is OUR season! 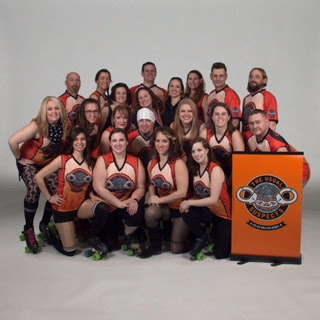 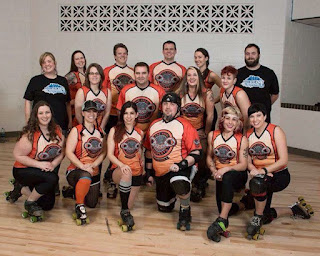 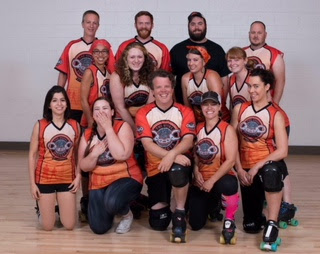 ﻿
Posted by Morgan Cartwright at 7:00 PM