Because it's Friday the 13th! 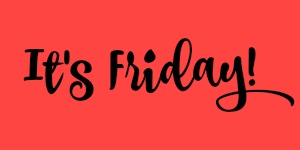 Happy Friday!  Which also happens to be the 13th!  Confession time:  I've never seen a Friday the 13th movie!  What?  I know, crazy! 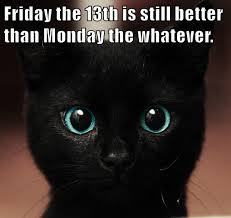 It's been a hella busy week!
Work has been a little bit on the cray side.  We had a gentleman (should I even call him that?) puke on one of our desks.  Not because he was sick, but because he was drunk at 10 am.  I, actually, had to use the phrase "If you vomit or think you are going to vomit again, I need you to leave".  Or having to ask someone to change their child's dirty diaper after they let them sit in it for thirty minutes and stink up our entire office?   Or the guy that was ejected because he wanted to fight people with his taekwondo skills because he didn't get what he wanted?  This is all on top of being short staffed.  Phew!  I am tired!
Monday night was a derby scrimmage night and it was so good.  My team played really well.  We came to slay.  Alli had cheer practice and we had a yummy dinner.  It was a good night.
Tuesday was Peyton's first baseball game of the fall ball!  It was a good time.  We  got there so early though.  I had brought my Pioneer Woman and Racheal Ray magazines with me.  I have to say that the Pioneer Woman one had a lot of recipes I want to try out soon!
Wednesday night, I started cleaning out what is known as the murder closet (creepy storage closet at Memorial Hall) and set up for the upcoming bouts this weekend.  Alli had cheer practice again.
Thursday, baseball ended up being canceled because of the rain storm.  Peyton took advantage and mowed some lawns between the storms.  He came home, ate dinner and promptly fell asleep.  Alli was over at a friends house and came home around 9 pm.  She took a shower and studied for Spanish 3 until almost midnight!  It paid off though, she got 100% on her Spanish test!  This has been her most difficult subject besides geometry.
That brings us to Friday!  YaY!!!
Tonight is the Rookie/Alumni Game and since I'm in charge of bout production, it's my job to run it.  Everything is set up and good to go.  Everything is confirmed and verified.  I do have a fan that is trying to give me a hard time about a cooler fee.  We don't have any vendors since it is a small event, so I'm allowing people to bring in food and alcohol for a cooler fee.  Since there is alcohol, I have to pay security.  The cooler fee pays for security.  Bottom line is: pay the fee or security will ask you to leave.
Saturday is Alli's Birthday party!  She is having a sleep over.  She's requested Pizza Hut and a Cookie Cake.
Sunday is her actual birthday!  We are having dinner with the fam at my mom's house.  She decided on quesadillas, guac,, salsa, queso and chips.

What fun do you have planned for this weekend? 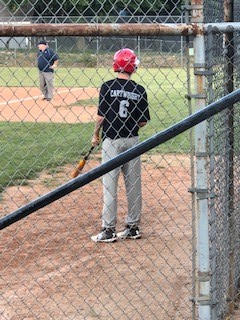 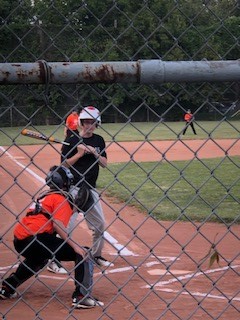 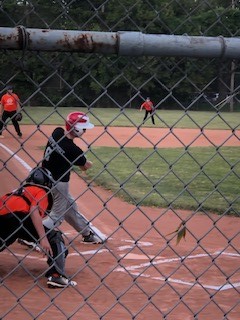 Posted by Morgan Cartwright at 10:32 AM