The weekend started with baseball.  They played the same team that did on Thursday night.  Except tonight, the boys were so asleep.  The game was a little bit of terrible.  They perked up towards the end but the damage was already done.  Oh boys. 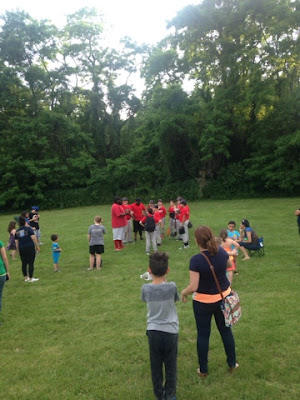 Afterwards, the kids and I went to World of Fun for a couple of hours.  Might as well, we didn't have anything else to do. 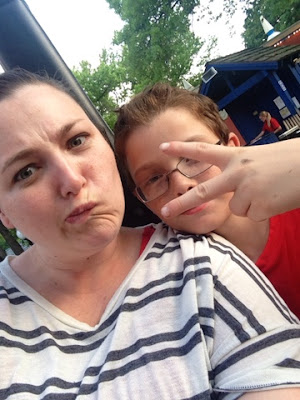 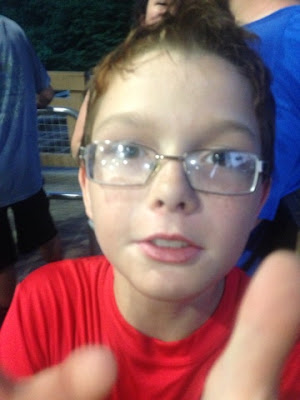 Saturday got off to a rough start.  I dropped Alli off at her Girl Scout meeting.  She is helping out as a "Teen" for day camp this year.  You would think with her volunteering it would be cheaper, nope, more expensive.  I haven't quite figured it out.  I rush back to close to where we live for Peyton's baseball pictures.  We got there on time.  At 10 am.  Actually a little early.  Individual pictures got finished.  The boys were just standing around.  The coach was just standing around.  After about thirty minutes, I asked what was going on and why our group pictures weren't getting done.  The nice coach said it was because we were waiting for one kids to get back.  He had sent a parent forty minutes ago to go get them.  Because, heaven forbid, there were arrangements made ahead of time for the child who didn't have a ride.  So we waiting a little longer.  I had to leave to pick up Alli or I was going to be late.  I asked why we were waiting for one child if  everyone else was on time.  He said "I don't know, they have five more minutes" because you know 45 minutes wasn't enough in the first place.  The other coach pipes in and states "Well, after the individual pictures you could have left" and I said "Why is it fair, when my child is on time, that he misses group pictures?"  He said it wasn't.  Because it's not.  The other parent finally shows up and they take the pictures.  I ask her why it took so long, she didn't speak English.  No excuse,  numbers are the same in Spanish and in English.

Now, I rush to go get Alli.  I was on time, but right on time.  I go in to find a highly disorganized meeting....

When that was over, we ate a picnic lunch, then headed to Worlds of Fun again for a few hours.

﻿﻿
﻿﻿﻿
﻿﻿﻿
Our first volleyball tournament was this weekend.  They tried hard.  Next time, will be better. 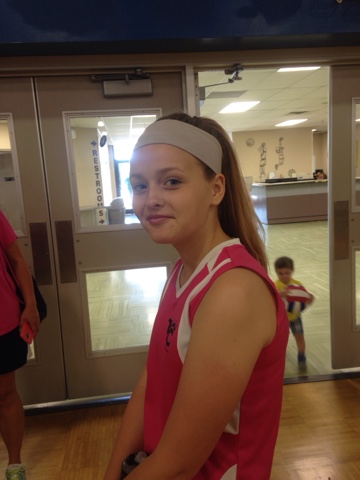 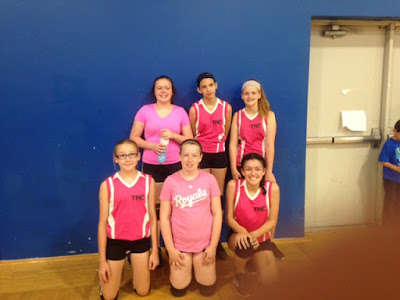 Posted by Morgan Cartwright at 9:42 AM